CNN: Billionaires are Failing Us When We Need Them Most – Patriotic Millionaires
Menu
Skip to content
Menu 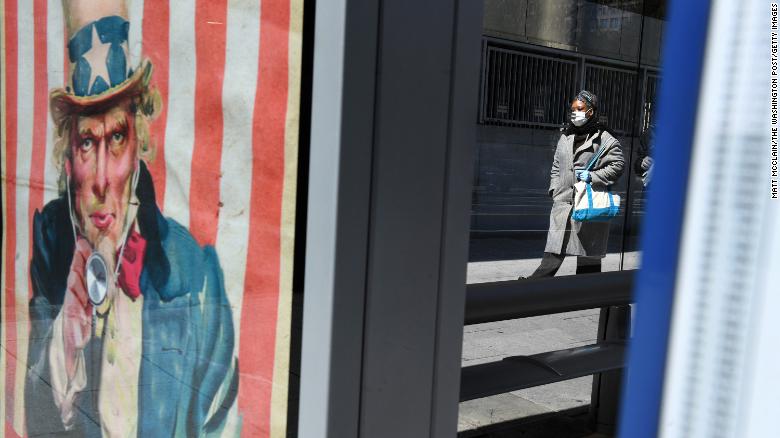 By Morris Pearl
Originally published on CNN on April 6, 2020.

With coronavirus pushing the US economy to the brink of disaster, the ultra wealthy have an obligation to step up and use their money and power for the greater good. As the people who benefited the most from a decade of economic growth, the hundreds of billionaires in America are in a unique position to do a great deal of good at a pivotal moment. But so far, they’re failing to do so.

Indeed, some have committed some of their millions to relief efforts or public health projects. The Bill and Melinda Gates Foundation, for example, has pledged $100 million to fight the coronavirus and Jeff Bezos has pledged $100 million to US food banks. But many more billionaires have done nothing. The scattered response from the world’s wealthiest people to a massive systemic threat has been utterly disappointing. And that’s not surprising.

The spreading coronavirus is laying bare the fundamental flaws with our country’s reliance on philanthropic giving. Decades of cutting taxes on the wealthy and shrinking the social safety net have left the United States less prepared to handle a global pandemic than virtually any other developed country in the world. Rich people’s philanthropy might be nice for the people receiving it, but when that philanthropy is used as an excuse to cut taxes on the wealthy, it may end up doing more harm than good. I’d rather feed three people through taxpayer-funded federal food assistance programs than feed one person through charity.

The very least billionaires and wealthy business owners can do is to ensure that their workforce, the people who made them wealthy in the first place, remain employed and paid during a business downturn. Some, like Mark Cuban of the Dallas Mavericks, are already doing this. And it’s great if they’re willing to spend their own money on relief efforts. But no individual, no matter how wealthy, is going to be able to make a significant dent in this crisis on their own. That’s why they need to use their power, too.

The ultra wealthy should fight for systemic change through government action, even if that change might come with tax increases that make them slightly less wealthy at the end of the day. Here are some ideas:

It should go without saying that during a global pandemic, we don’t want sick people coming in to work. But unlike virtually every other developed nation in the world, the United States does not mandate paid sick leave.

The Families First Coronavirus Response Act put in place some requirements for employers to offer two weeks of paid sick leave. But it fell far short of what was actually needed thanks to an exemption for companies with over 500 employees and some small businesses.

It is absurd that not all companies in this country are required to offer paid sick leave, especially considering that many of the exempted corporations employ thousands of low-wage workers who cannot afford to skip a day’s wages to stay home sick. If any billionaire wants to make a tangible difference to the physical and economic health of tens of thousands of American workers, lobbying for truly universal paid sick leave is the place to start.

The CARES Act allocated hundreds of billions of dollars for small business loans and $500 billion to larger corporations in at-risk industries, and offers tax breaks for businesses that keep their workers employed, but the federal government needs to take a much larger and more direct role in protecting employment. Countries like Britain have had success implementing programs in which the government pays a significant portion of a worker’s paycheck (in some cases up to 80%) so that employees remain on payroll rather than becoming unemployed.

It’s hard to deny that lawmakers in America are extraordinarily sensitive to the wishes of the powerful and well-connected, particularly business owners. If a critical mass of billionaires and corporate executives started demanding a program like this, there’s a good chance Congress would feel pressure to act. It’d be expensive, yes, but by expressing a willingness to have their own taxes raised to pay for it, the billionaire class could both assuage the fears of deficit hawks and strike a blow against economic inequality all at once.

These are ambitious policy goals, but a critical mass of people with political power fighting for these policies is just what the nation needs right now. It’s time for the billionaires in this country to stop using their positions of influence and wealth to shape the rules of the economy in their favor, and start using their positions to fight to keep our economy afloat.

Billionaires shouldn’t hide in their bunkers, make donations and wait in comfort for the world to end. They should get up and do something about it, and we’ll all be better off.

Read the full piece on CNN.

Patriotic Millionaires · 10 hours ago
@PatrioticMills
The American Dream is becoming more dreamlike every year, as many more Americans are priced out of a once very attainable goal. -PM Member Jeff Hugget

https://t.co/f7EboZVSux
View on Twitter
1
4
Patriotic Millionaires · 12 hours ago
@PatrioticMills
As America surpasses 1 MILLION covid-related deaths, we need to take a hard look at the unavoidable inequality that is at fault.

How many of those deaths were accelerated by poverty?