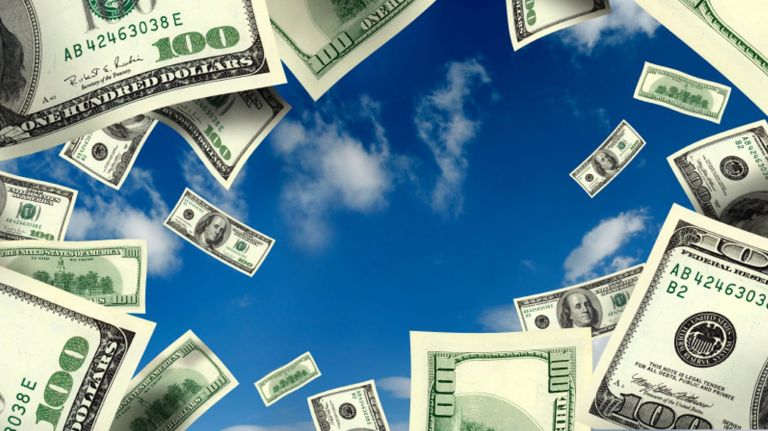 By Morris Pearl
Originally published on Newsday on March 8, 2020.

It seems like people don’t agree on much these days, but New Yorkers, at least, can all agree on one thing — we need to tax the rich. A recent poll found that a decisive 92 percent think it’s a good idea to raise taxes on the wealthiest among us.

As a wealthy New Yorker, I am a part of that 92 percent. And luckily, New York now has an opportunity to get it done.

Right now, Gov. Andrew M. Cuomo and the State Legislature are negotiating the state’s annual budget, and there are a few great tax-the-rich ideas on the table. There’s a proposal for a wealth tax exclusively on billionaires, through a yearly mark-to-market assessment on capital gains. There’s a resurrected version of the old ultra-millionaires’ tax, raising income tax rates only on multimillionaires. There’s even one idea to tax megayachts and private jets. I welcome all of these ideas, and I encourage our lawmakers to do the same.

My reason for supporting these policies is simple: I want my granddaughter to grow up with the same opportunities in this great state that I did. Budget cuts threaten those opportunities for her and all New Yorkers, and there’s no need when the money’s already there — we just have to tax it.

New York has a $6 billion budget deficit. That’s one of the largest in the past decade. When the state government faces a budget shortfall that high, often it’s ordinary New Yorkers who pay the price. If the state can’t come up with enough revenue to bridge the gap, then it will need to make cuts elsewhere to critical public services New Yorkers rely on, like education and infrastructure. It’s even worse for the most vulnerable among us when lifesaving programs like Medicaid are first on the chopping block.

It doesn’t have to be that way. There are 14 tax-the-rich proposals being debated in the budget talks in Albany, which together would raise an estimated $35 billion in new revenue. That’s more than six times the amount needed to close the budget gap! Think about it: instead of making deep cuts to our underfunded schools and crumbling subways and roads, we could make needed new investments in these services, and many more.

All we need is for our lawmakers to have a little bit of backbone, and stand up to the deep-pocketed special interests.

I am an investor, and I know many other wealthy investors, too. I can say that even if we have to pay the same tax rates as people who work for a living, we will still be wealthy and doing just fine.

Thanks to the 2017 Trump tax cuts, the top 1% actually pay a lower effective tax rate than the working class for the first time. When they threaten to leave the state if their bill goes up even a little, they are bluffing. When the millionaires’ tax was first introduced in 2009, the number of taxpaying millionaires in New York increased by 72 percent.

Additionally, despite what some millionaires might have you believe, paying more taxes benefits us as well. People like me are rich in part because of services that state government provides, like schools that have educated our employees and us, or the roads and public transit to ship goods and allow people to travel. We all benefit from a state that thrives.

Raising taxes on people like me offers the opportunity to infuse funds in the things that keep New York’s economy humming from day to day. It’s popular, it’s necessary, and us rich folks can afford it. So tax me, please.

Morris Pearl is chair of the Patriotic Millionaires, a group that focuses on promoting public policy solutions that encourage political equality and demand that corporations pay their fair share of taxes. He is a former managing director of the investment firm BlackRock.

Read the full piece on Newsday.

https://t.co/MGpvPLcgcQ
View on Twitter
7
20
Patriotic Millionaires · 7 hours ago
@PatrioticMills
Congress should raise the debt ceiling without cuts to Medicare or Social Security, but if they don’t, Biden can’t just let our economy implode.