Tuesday the Patriotic Millionaires took to Annapolis to fight for a fair wage as the Economic Matters Committee in the Maryland House of Delegates began hearings on a bill to raise the state minimum wage to $15 an hour. We were joined by Progressive Maryland, Maryland Working Families, and Business for a Fair Minimum Wage, some of our organizational allies in the fight for $15 in Maryland. 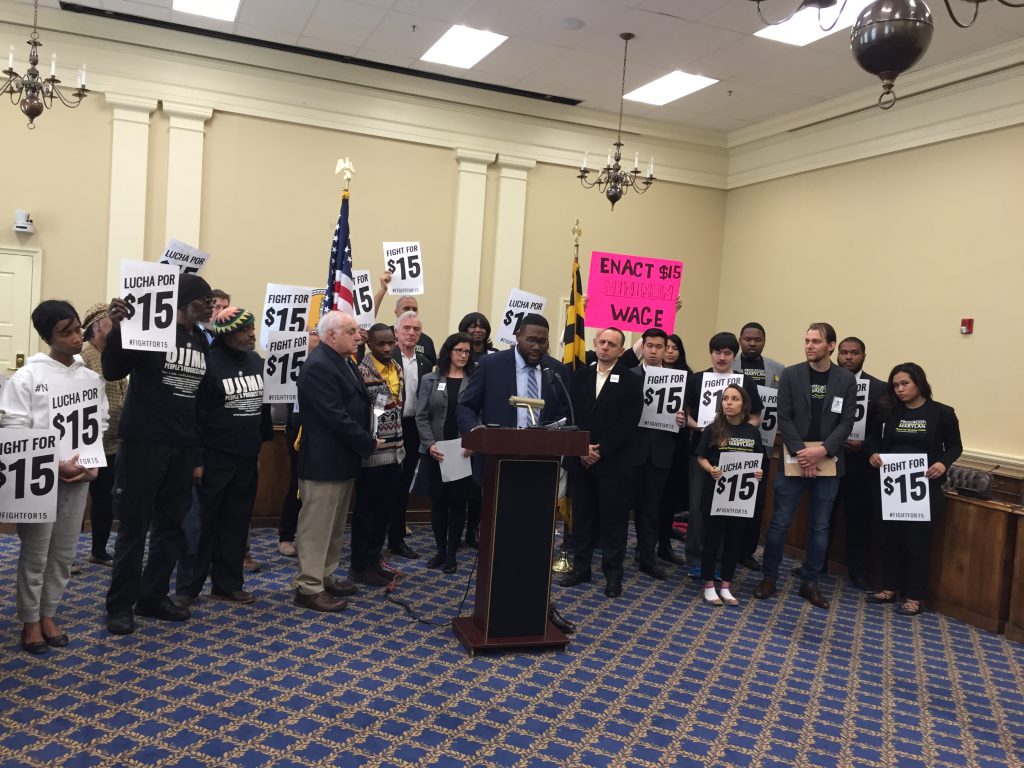 After the press conference we met with some individual members of the press before heading over to the committee chamber for the hearing itself. We got to listen as the co-sponsors of the bill outlined their reasoning for championing it. They highlighted that it allows for a gradual increase to $15 for small businesses with fewer than 25 employees, and that rather than speeding up the current escalation to $10.10 an hour, it simply extends it until the state wage reaches $15 in 2023, at which point it will be indexed to inflation.

Following the delegates’ introduction of the bill, the Patriotic Millionaires political director Benj Singer delivered testimony to the committee on behalf of Suzanne and her husband. Suzanne’s statement focused on the need for workers to earn enough to support their families, while Scott’s longer testimony spoke to his own experience working a minimum wage job and the benefits to businesses of fairly compensating their employees. 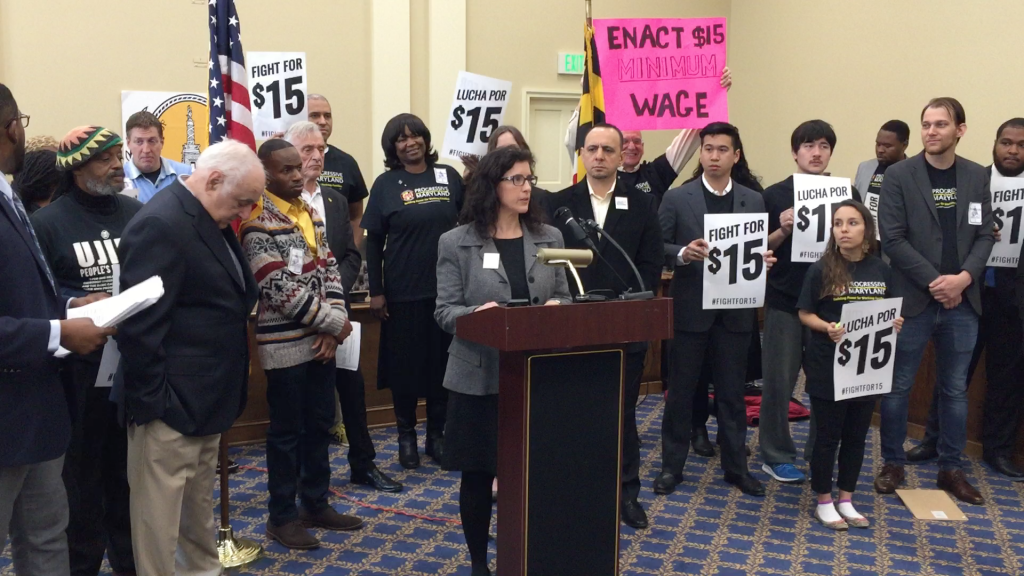 But we’re not done yet! Next week we’ll be heading back to Annapolis to address the state Senate as begin their own set of hearings on raising the minimum wage.

Patriotic Millionaires · 11 hours ago
@PatrioticMills
President Biden is right. We know it, everyone at home knows it, even the rich who want to get away with it know it: The tax system is not fair.

We can do all that and more!
#sotu2023
View on Twitter
4
10
Patriotic Millionaires · 11 hours ago
@PatrioticMills
A defender of the rich and powerful to the bitter end https://t.co/YoVt9A3qnX
View on Twitter
Taylor Seely@taylorseely95
“Senator Sinema, who as a Democrat blocked her party’s efforts to raise taxes on corporate America, did not join Democrats in resounding applause for Biden’s push to raise taxes on the wealthy and large companies.” via @NYTimes https://t.co/XiuIri4NPF
2
14
Patriotic Millionaires · 11 hours ago
@PatrioticMills
. @POTUS has got it right - giving American workers a living wage increases productivity and economic growth.