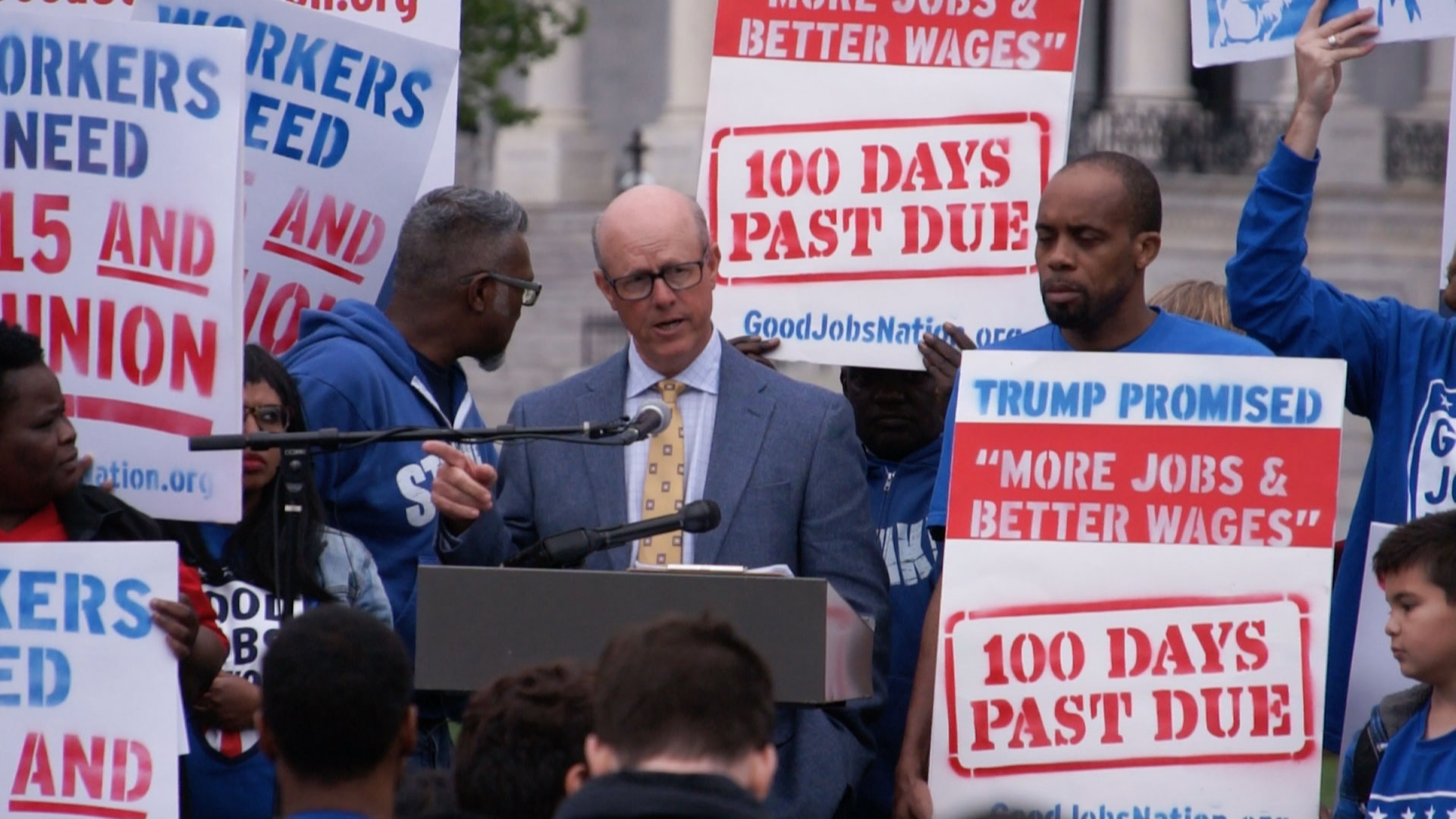 Every American who works full time should be able to afford their basic needs.

As we renegotiate money in America, we must begin with the principle that a full-time 40-hour workweek should guarantee a basic level of economic stability for an individual and their family.

The federal minimum wage was last raised in 2009 to $7.25 an hour. For an employee working a standard 40-hour week, 52 weeks per year with no days off, that comes to just $15,080 before taxes, before housing, before food, and before health care. At the end of the month, there is less than nothing left.

But consumer spending comprises about 70% of the US economy, and a stable economy depends on maintaining a stable level of demand. In addition to being the right moral choice, significantly raising the minimum wage is also the right economic choice. Higher wages for tens of millions of Americans can ensure a stable level of “aggregate demand” that could spur economic growth from the bottom up.

After careful consideration, and much debate, we have chose to support an increase to a base wage of $15 per hour within 6 years, indexed to the median wage. Specifically, we support Senators Sanders’ Raise the Wage Act (S. 150), sponsored by Representative Scott in the House (H.R. 582). This bill passed the House of Representatives on July 18, 2019 by a vote of 231-199.