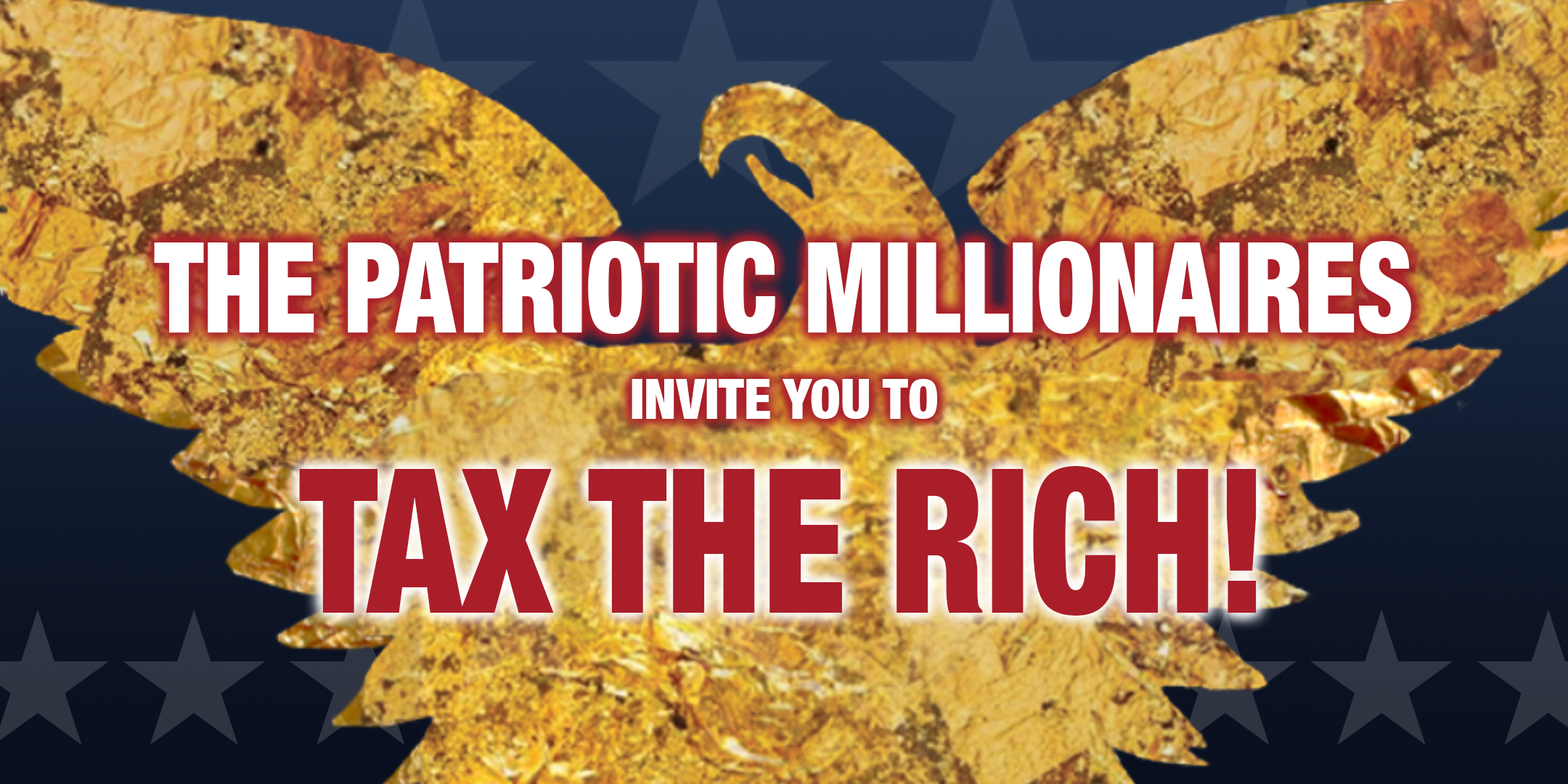 The Patriotic Millionaires are bringing Tax the Rich! to your town.

In 2017, Republican politicians in Washington rewrote the entire federal tax code to rig the economy in favor of the political donor class and against the middle class. Their new tax code transfers more than a trillion dollars from America’s bank account into the pockets of the millionaires, billionaires, and wealthy corporations who fund political campaigns. It leaves many rich investors paying lower tax rates than poor and middle-class working people, and gives corporations tax cuts for moving American jobs overseas.

The people rigging the system want to make it as complicated as possible to keep normal Americans in the dark about just how unfair things really are. It’s time to shine a light on what they’ve done.

As millionaires with the resources to play the game, the Patriotic Millionaires know how it works. They’ve seen firsthand how the lobbyists, the loopholes, and the lies combine to create a system where the rich get richer, and the middle class ends up holding the bag, and they’re ready to whistleblow on the entire corrupt enterprise.

These class traitors are coming to your town with the Tax the Rich! Roadshow to pull back the curtain and show you exactly how the rich rigged the economy – and how you can take it back.

“So many elected officials say one thing and do another, and the difference is based primarily on who they are talking to, who they are getting their campaign funding from.”