Home | Blog | Pearls of Wisdom: Our Way of Life

Donald Trump said last Thursday in Warsaw (according to a transcript provided by the White House):

This continent no longer confronts the specter of communism. But today we’re in the West, and we have to say there are dire threats to our security and to our way of life. You see what’s happening out there. They are threats. We will confront them. We will win. But they are threats.

I was thinking about what Trump means by “our way of life.” What does he believe is being threatened?

When I was young, people knew what “our way of life” meant. And that’s what worries me. In 1962, while running for governor of Alabama, George Wallace said

I will continue to fight for segregation in Alabama because it is based on our firm conviction of right, and because it serves the best interests of all our people. I shall react vigorously to outside meddling. We shall fight the federals in the arena of an increasingly sympathetic national public opinion. We shall fight them in the arena of our courts… I pledge to stand between you and those who would impose on you doctrines foreign to our way of life and disruptive of the peace and tranquility of our citizens. I will face our enemies face-to-face, hip-to-hip, toe-to-toe– and never surrender your governor’s office to these carpetbaggers, scalawags, and polliwogs.

President Trump has a mixed record at best when it comes to standing up to bigotry, and it’s easy to interpret his speech as an anti-refugee/anti-Muslim statement. But let’s be generous and say that he didn’t mean anything particularly sinister in his statements. Even so, our nation is making a decision about what we are trying to protect, and his priorities matter. We need a president who is committed to protecting the things that make America actually great, not the misguided notion that this is a white, Christian, European nation.

President Trump wants to make America great again, but his vision of the ideal, 1950’s America surely wasn’t great for millions of people living in it. If we’re trying to protect the way of life that many remember fondly from the 50’s, we should remember just how good the “good old days” really were:

Is that what makes America great? Or is it embracing the immigrants arriving at our shores from every direction, wanting to continue the traditions of America being great for each generation of new arrivals? If President Trump wants to make America great again, I would suggest he focus less on racially and religiously motivated policies, and more on policies that will actually help Americans. He needs to reassess his priorities – a $15 minimum wage would be exponentially more positively impactful than a travel ban.

Patriotic Millionaires @PatrioticMills
58 minutes ago
10 years ago, Occupy Wall Street put inequality at the forefront of political discussions & demanded something better in our politics.

To this day, we are fighting to eliminate inequalities & unrig our economy to serve the many and not the wealthy few. https://t.co/8DyrhjdPi6
View on Twitter
4
5
Patriotic Millionaires @PatrioticMills
3 hours ago
NEW: @DataProgress poll!

✅Voters overwhelmingly support the ways the #BuildBackBetter plan is paid for!
✅The majority of voters want to raise taxes on the wealthy.

We're in your district today to remind you that if the W&M Committee’s proposal were to become law, it would allow our tax code to continue to contribute to rising inequality.

This proposal fails to do what the American people want: #TaxTheRich! https://t.co/wRiuq1hBUq
View on Twitter 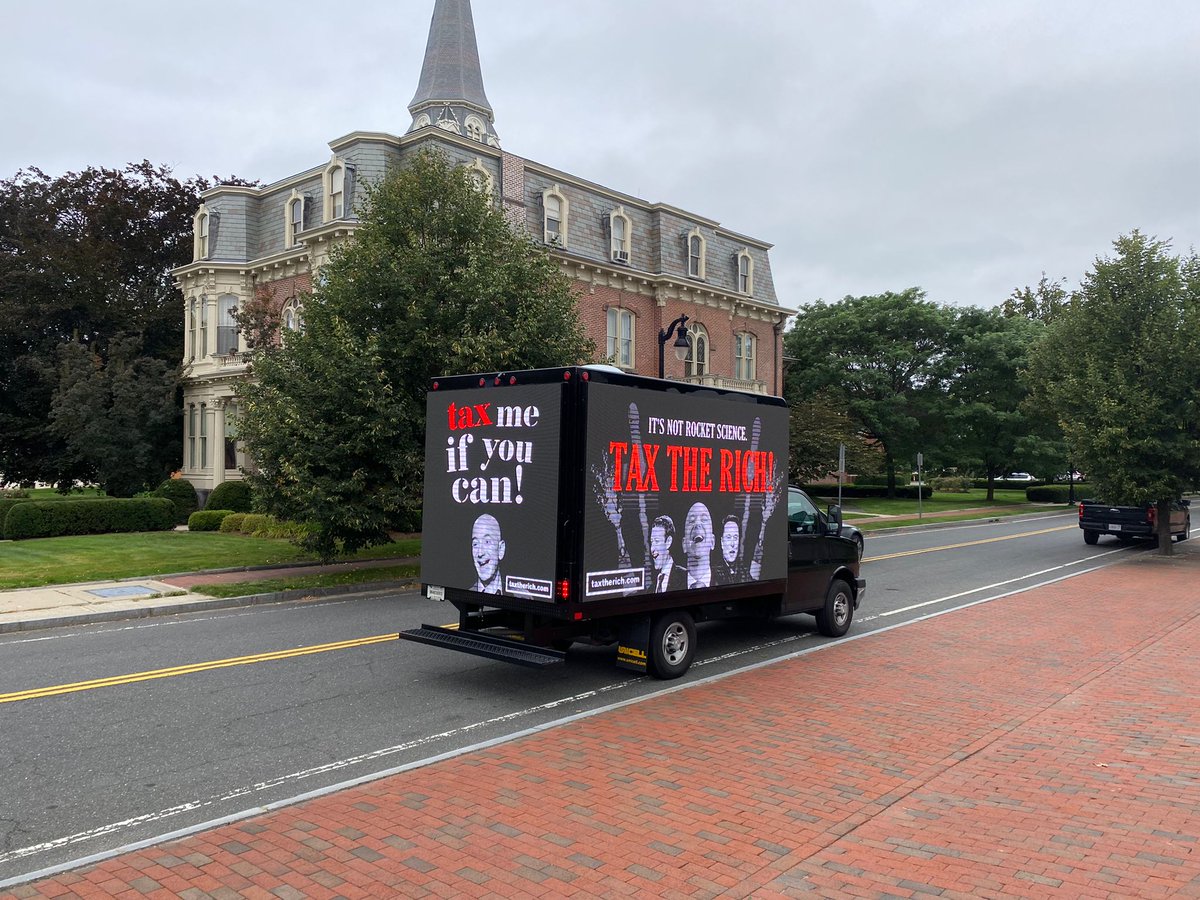 Patriotic Millionaires1 day ago
Join the fight at TaxTheRich.com