There is no amount of money that equals the worth of a human life.

This should be the preface to every debate we have about our gun laws in this country, and the only afterword to every mass shooting. It is what we should remind ourselves of, shamefully, when our government does absolutely nothing to stop the next shooting because of the stranglehold that the gun lobby has on our lawmakers. It should also be our inspiration to keep fighting anyway.

One attack was all it took.

In the United States, mass shootings happen almost every day – so often, that we become desensitized to the constant violence, accept it as a side effect of our broken politics, shed a tear (if we have the time) and move on. We’ve come to believe that this unending tragedy is just a part of life in the US, that there’s nothing we can do to stop it.

But that’s not how things have to be, and that’s not how they are in the rest of the world. The quick response of the government of New Zealand should be a reminder of just how broken our country is when it comes to gun violence, all for one reason: money.

The gun lobby wields enormous amounts of power in Washington, and through their lobbyists and campaign contributions, they have consistently overturned the will of the people on even the most basic, widely embraced, common sense gun safety reforms, like universal background checks.

There are lots of issues on which Congress takes the side of special interests and powerful corporations over protecting the welfare of the general public, but to ignore the violent deaths of innocent men, women, and children takes a special level of callousness. It is so brutally, viciously obvious that something about our gun laws needs to change, but that’s never going to happen until we loosen the grip of the gun lobby on our lawmakers in Washington. That starts with campaign finance reform.

Democrats in the House and Senate have recently introduced HR 1, which we’ve extolled the benefits of on several occasions, but its urgent necessity is clearer than ever at moments like this.

In the 2016 elections, NRA political spending to Republicans surged at the same time its murky sources of funding started to arouse serious suspicion. HR 1 would require lobbying groups, like the NRA, to disclose their donors and enact stricter oversight of foreign donations. This would go miles towards curbing the influence of the NRA by making the line between political money and gun violence inaction painfully, shamefully clear. If we want to get gun money out of politics, we need to get money out of politics, period, and that starts with HR 1.

It’s time for our elected leaders to reform campaign finance, fight back against the NRA, and change these laws. It is a moral imperative that we’ve consistently failed to deliver, and a shameful weight that our history will buckle under. The time to act was decades ago, and the second-best time is right now. 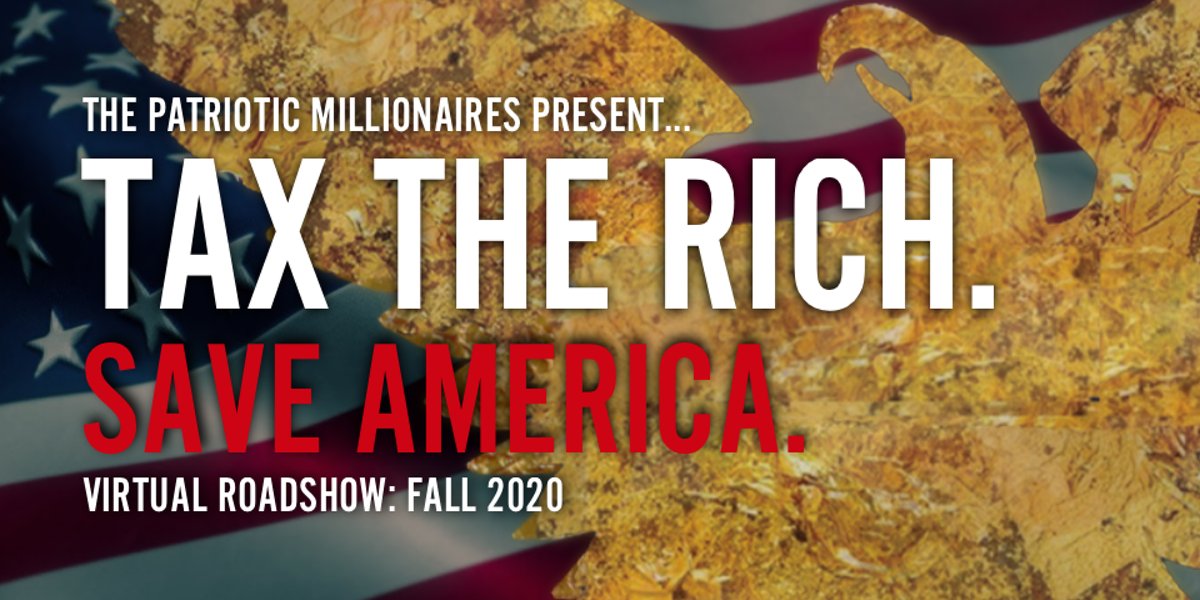 Register at https://t.co/FCq6zU9SkY https://t.co/esfvSR3Idt
3
5
Patriotic Millionaires @PatrioticMills
17 hours ago
Join us TODAY at 11am EST for our Tax the Rich / Save America Virtual Roadshow, featuring @jahimes!