GUARDIAN: With Working Americans’ Survival at Stake, the US is Bailing out the Richest – Patriotic Millionaires
Menu
Skip to content
Menu 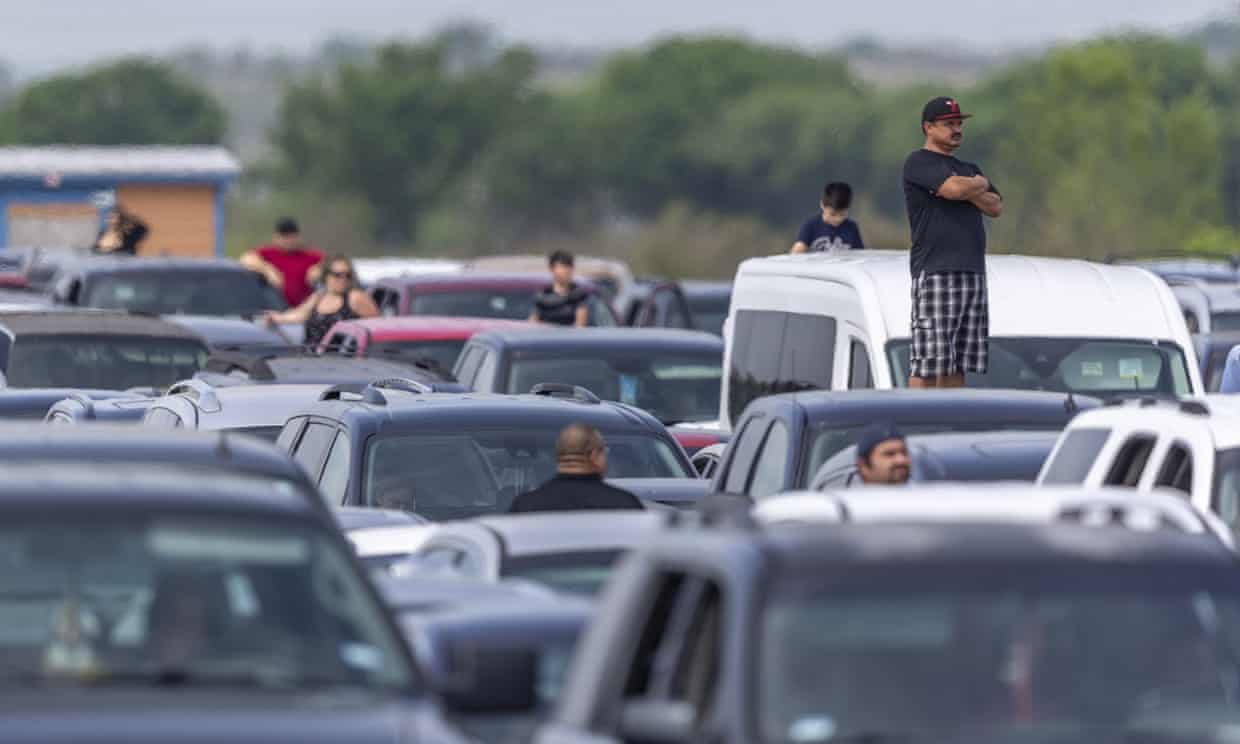 By Morris Pearl and William Lazonick
Originally published on The Guardian on April 13, 2020.

Amid a humanitarian crisis compounded by mass layoffs and collapsing economic activity, the last course our legislators should be following is the one they appear to be on right now: bailing out shareholders and executives who, while enriching themselves, spent the past decade pushing business corporations to the edge of insolvency.

The very survival of working-class households is now at stake. Yet the $500bn dollars of public money that Congress’s relief bill provides will be used for a corporate bailout, with the only oversight in the hands of an independent council similar to the one used in the 2008 financial crisis. While that body was able to report misuses of taxpayer money, it could do nothing to stop them.

Moving forward, we need a guarantee from Congress that public money will not help billionaire shareholders or corporate executives protect, and even augment, their personal wealth. As currently structured, there is nothing to keep this bailout from, like its predecessor, putting cash directly into the hands of those at the top rather than into the hands of workers. Without strong regulation and accountability, asking corporations to preserve jobs with these funds will be nothing more than a simple suggestion, leaving millions of everyday Americans in financial peril.

America’s working class, not corporate executives, are the ones on the frontlines.

Productive work and consumer spending are the dual engines that keep our economy running, which is why this pandemic poses such an acute threat. Therefore, the purpose of further government support must be to keep as many employees working as long and as productively as possible.

Working people were not prepared for this disaster. There are still tens of millions of American households that haven’t recovered from the Great Recession; nearly 50% of Americans were already living paycheck to paycheck before millions lost their jobs in the last few weeks, and 40% did not have enough savings accrued to cover a $400 emergency. It’s imperative that they be given the lifelines that they desperately need to survive.

Keeping Americans indoors to reduce their risk of spreading Covid-19 has almost completely shut down our massive service economy. It is fundamental that we ensure every company’s employees are able to be both productive and safe, and we can do that only by using every cent of corporate cash to put paychecks into their hands. America’s working class, not corporate executives, are the ones on the frontlines of America’s factories and service industries; they produce what these companies sell and make up the majority of our consumer economy. America’s workers will be the ones to resuscitate our economy long before excessively paid executives do.

When the House and Senate return to write the next stimulus package, they need to institute a total ban on share buybacks for any of the corporations that accept this bailout, rather than the temporary restrictions in last week’s bailout. “Buying back shares” is just another term for shareholders extracting value from a company. After Trump’s Tax Cuts and Jobs Act went into effect in 2018, corporations took the windfall and collectively spent over $1tn on buybacks, for the sole purpose of adding to the incomes of shareholders and executives.

Over the past five years alone, airline executives – who were first in line clamoring for a bailout – spent $52bn in corporate cash on buybacks, at the expense of employee wage increases, capital expenditures and investments in innovation. Now that these businesses are being handed government funds, we need to make sure that top executives and wealthy shareholders don’t do this again: channel money into their own bank accounts while leaving employees wondering how they are going to pay their bills.

If not properly managed, this economic disaster has the potential to be the worst in American history.

If not properly managed, this economic disaster has the potential to be the worst in American history. Our country cannot allow a small number of executives and shareholders to profit from taxpayer funds that we have injected into these corporations for reasons of pure emergency. We need to stop this rot at the core of our economic system and realign the priorities of government with those of workers and consumers.

Even in normal times, America’s extreme economic inequality was a festering sore. Now, this previously unimaginable public-health disaster is pulling back the curtain to reveal how this inequality can make victims of all of us. As we join together in the struggle to defeat the coronavirus, it is vital that we protect vulnerable Americans against further harm.

Read the full piece at The Guardian.

Patriotic Millionaires · 9 hours ago
@PatrioticMills
States and localities are passing initiatives to increase the minimum wage because they understand workers deserve fair pay for fair days of work.

We are waiting for @POTUS and Congress to do the same.

https://t.co/eNHjsJqgwa
View on Twitter
1
8
Patriotic Millionaires · 11 hours ago
@PatrioticMills
Corporations won't pay their workers more, but they will shell out for their executives.

#Congress needs to pass the Tax Excessive CEO Pay Act to knock them off their pedestals.

https://t.co/hCkDY7DmmW
View on Twitter
7
15
Patriotic Millionaires · 13 hours ago
@PatrioticMills
This is the first step in leveling the playing field for wealth inequality.