Washington, DC – Today, the Patriotic Millionaires released a video response to Treasury Secretary Steven Mnuchin’s comments at a Kentucky event on Monday. In those comments, Mnuchin said President Trump would renege on his promise to close the carried interest tax loophole. 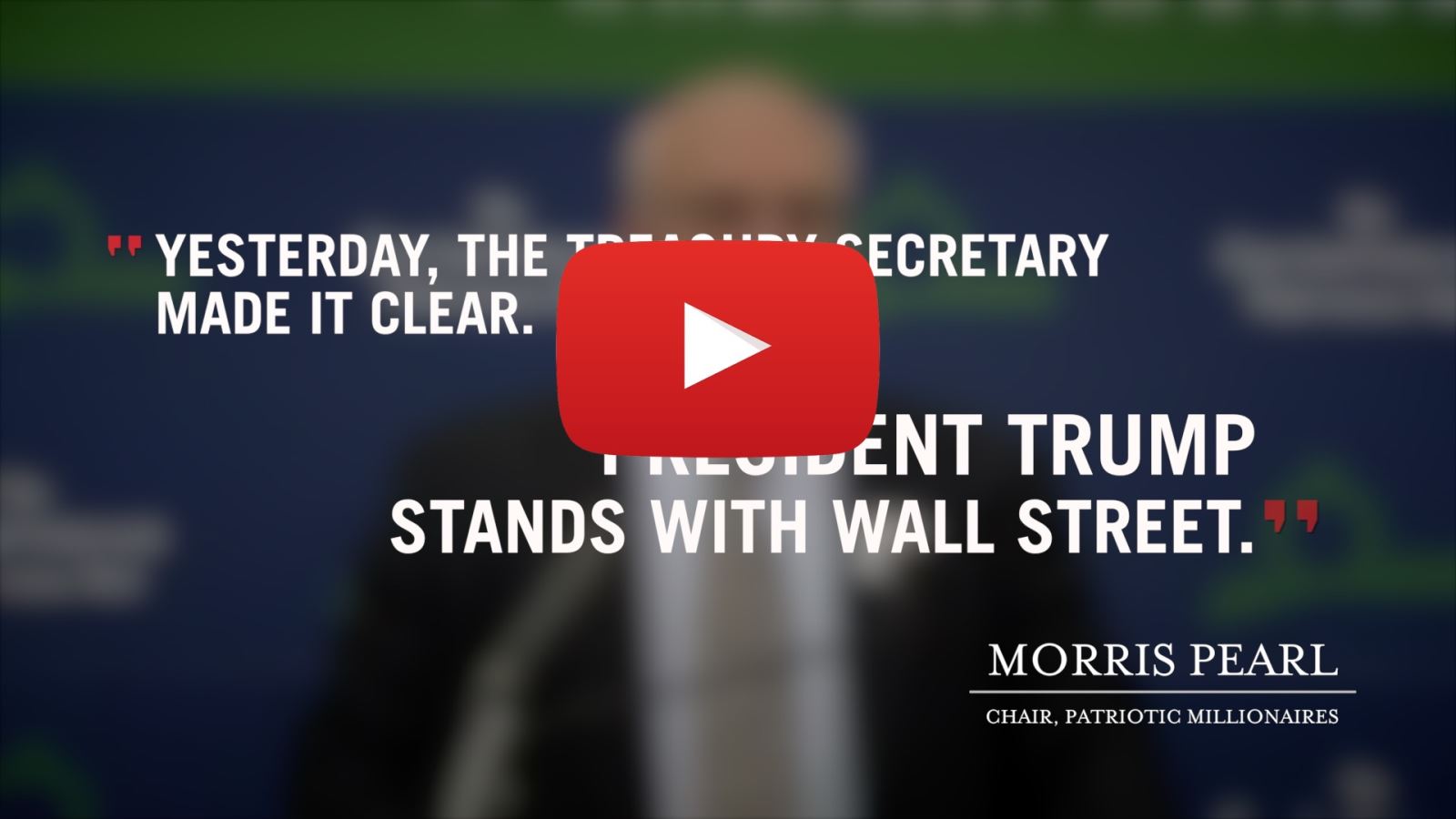 About the Patriotic Millionaires

Proud “traitors to their class,” members of the Patriotic Millionaires are high-net worth Americans, business leaders, and investors who are united in their concern about the destabilizing concentration of wealth and power in America. The mission of The Patriotic Millionaires organization is to build a more stable, prosperous, and inclusive nation by promoting public policies based on the “first principles” of equal political representation, a guaranteed living wage for all working citizens, and a fair tax system. You can find out more at https://patrioticmillionaires.org/about/

The Patriotic Millionaires have appeared on hundreds of media outlets here and abroad, including The Daily Show with Jon Stewart, the PBS NewsHour, The New York Times, Washington Post, CNN, MSNBC, Fox News, and many others. You can find more coverage at https://patrioticmillionaires.org/media

We can do all that and more!
#sotu2023
View on Twitter
4
10
Patriotic Millionaires · 8 hours ago
@PatrioticMills
A defender of the rich and powerful to the bitter end https://t.co/YoVt9A3qnX
View on Twitter
Taylor Seely@taylorseely95
“Senator Sinema, who as a Democrat blocked her party’s efforts to raise taxes on corporate America, did not join Democrats in resounding applause for Biden’s push to raise taxes on the wealthy and large companies.” via @NYTimes https://t.co/XiuIri4NPF
2
13
Patriotic Millionaires · 8 hours ago
@PatrioticMills
. @POTUS has got it right - giving American workers a living wage increases productivity and economic growth.