This week, the International Consortium of Investigative Journalists released The Pandora Papers, a scathing exposé that details how the world’s wealthiest take advantage of international tax loopholes and tax havens to hide their wealth across the globe. While the report largely focuses on the finances of international leaders and elites, the fact that the wealthy are using loopholes to dodge their taxes is nothing new to us here in the United States.

This report is a great reminder that extremely wealthy individuals will abuse loopholes and do everything they can to avoid paying their fair share no matter where they are. This is a global issue and, as the tax debate continues in Congress, the United States is in a unique position to take up our mantle as a world leader and lead the way in tax reform. By enacting the full $3.5 trillion Build Back Better Agenda that focuses on taxing the wealthy and removing the loopholes they abuse, we can put our country back on track and finally begin to fight back against growing global inequality.

This week, we’ll look at how the Pandora Paper revelations impact us here in the United States. We’ll also take a look at the ongoing conversation around our tax code and how we can use this moment to make it more equitable.

This week, the International Consortium of Investigative Journalists published the findings of their investigation regarding the hidden offshore dealings of millionaires and billionaires from around the world. It reported what many of us already knew: the rich will take advantage of any loophole they can in order to avoid paying taxes and provide anything back to society. Several US localities have been exposed in the Papers for enabling the wealthy in the concealment of their money. Needless to say, the US tax code is so geared towards benefiting the rich that they don’t even have to go offshore to commit tax evasion.

When people think about tax havens, they usually think of an overflowing bank on a small tropical island… not South Dakota. As it turns out, however, this state has put in place laws that let people from all over the world hoard their wealth in tax-exempt trusts, letting them avoid billions in taxes. We have to intentionally and systematically un-rig our tax code if we ever want to hold these people accountable and make them pay their fair share.

Those who represent the rich and corporate interests would have you believe that Joe Biden’s infrastructure tax plan will cripple small businesses. This is about as bald-faced a lie as they come, seeing as the tax plan would not even affect 95% of small businesses in the US. On the contrary, a majority of small business owners support the infrastructure package and its accompanying tax plan because it would both help bolster the economy that supports their businesses and end the preferential treatment that the government provides the wealthy and large corporations.

Taxing the Rich by David Leonhardt

The tax hikes included in President Biden’s tax plan seem to be controversial in Washington, even within the Democrat party. But looking historically at the position of Democrats as a whole, these tax hikes don’t even come close to those that lawmakers were proposing prior to the 1990s. While, as a whole, Democrats are moving more towards their traditional view of taxing the rich and corporations, there are still a few who refuse to give an inch in their conservative views, in large part because of their commitment to virtue signaling to their voter base that “They’re not like other Democrats”

Patriotic Millionaires @PatrioticMills
3 hours ago
As a whole, Democrats are moving more towards their traditional roots of taxing the rich & corporations.

Yet there are still a few who refuse to give an inch in their conservative views– and it's often simply to virtue signal that they're “NoT LiKe OtHeR DeMoCrAtS.”
View on Twitter
3
13
Patriotic Millionaires @PatrioticMills
4 hours ago
. @SenatorSinema what would you cut? https://t.co/uBZhhwN2aN
View on Twitter 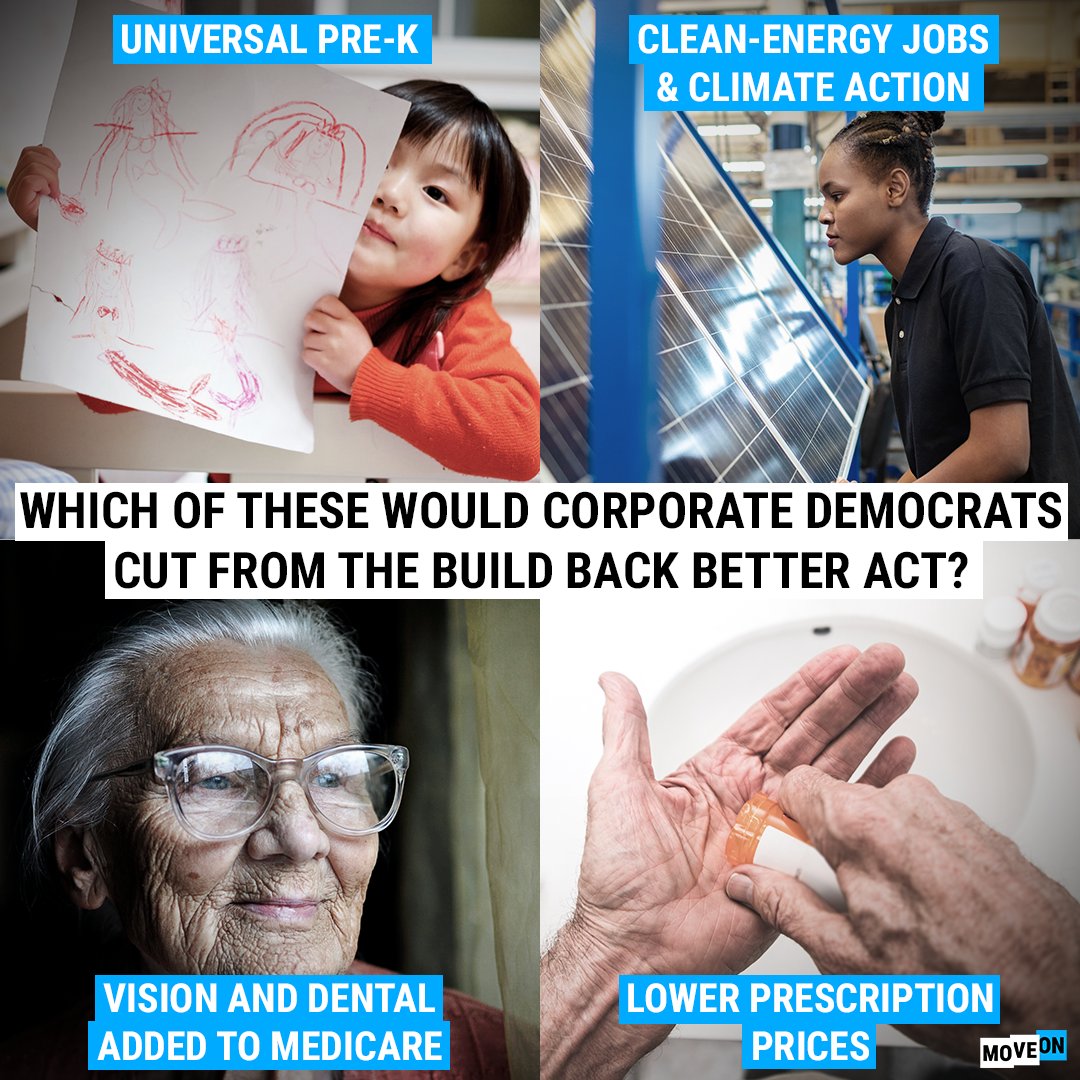 MoveOn @MoveOn
. @SenatorSinema: What would you cut from the Build Back Better Act? Your decision will have real impacts on the lives of working families. https://t.co/7W3pkuZjDx
3
6
Patriotic Millionaires @PatrioticMills
4 hours ago
American's are sick & tired of the unethical abuse of the revolving door between government & the private sector.

It continues to allow the wealthy to avoid paying their fair share.

Now, more than ever, we need legislation that actually works for people, not the ultra-rich. https://t.co/eQ39zjUk1m
View on Twitter
3
10