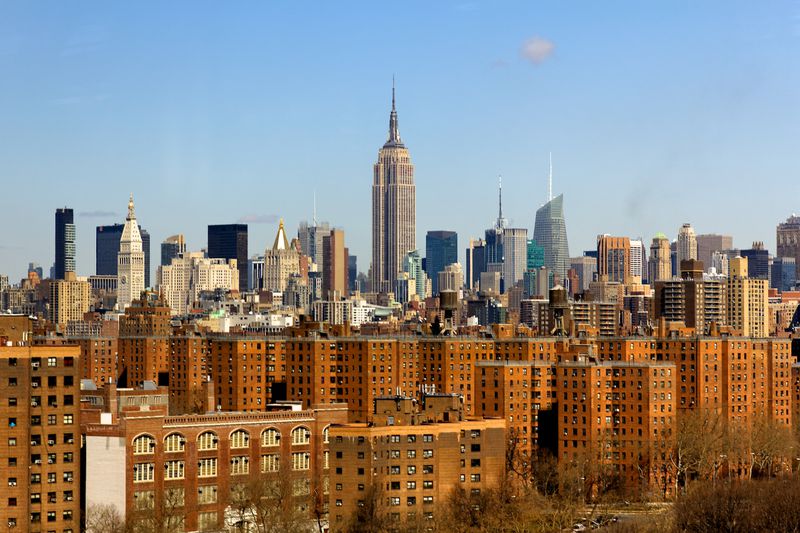 New York has a wealth problem. Despite being one of the richest states in the country, the gap between our wealthiest and poorest residents is the widest it’s ever been and the worst in the United States. That rampant inequality shows no signs of abating unless we take action right now. Luckily, there’s a tax proposal rapidly gaining traction in the state’s annual budget talks that could do just that.

As a rich investor myself, I want to urge Gov. Cuomo and the state Legislature to support a wealth tax on New York billionaires.

If you’ve been following the 2020 presidential primaries at all, you probably heard much ado about the wealth-tax proposals outlined by Sens. Elizabeth Warren and Bernie Sanders. Unlike simply raising income tax rates for the rich, a wealth tax is a levy on long-term, unrealized capital gains. These are investments, like shares in companies, which are the main sources of income for us wealthy folks.

You see, instead of working regular jobs, 40 or more hours per week like the vast majority of New Yorkers, us rich folk let our money work for us. We buy and sell stocks here and there from the comfort of our living rooms and enjoy a dizzying array of tax breaks, loopholes and special rates on the profits of those sales.

It’s completely possible for an individual to amass millions of dollars in wealth without ever paying a cent of it to the state where we live and work every single day. I happen to think that’s wrong, and that it’s a large reason why New York’s inequality has reached such a boiling point.

So what would a New York wealth tax look like? For starters, it would only affect a handful of people. If you think that’s an exaggeration, consider the fact that the proposal currently being floated in the budget talks would exclusively affect billionaires. There are a little over 700 billionaires in the U.S.; 103 of them live in New York. A new tax on just 103 individuals would generate billions in new revenue to a state of nearly 20 million people.

Aside from helping to curb our awful inequality, the billions generated by a wealth tax could be used to make sorely needed investments in infrastructure and education. Those are the things that truly make New York a great place to live and do business, and allow New Yorkers on the opposite side of the income scale to lift themselves up.

The wealth tax also enjoys the advantage of being enormously popular. Recent polling shows that a full 9 in 10 New Yorkers support a wealth tax on billionaires, with 72% stating that they would be more likely to support candidates for office that also back that proposal. With numbers like that, this should simply be a no-brainer for politicians weighing whether or not to back a wealth tax in the budget negotiations.

But I worry some of our lawmakers are holding back, worried that a wealth tax would force an exodus of wealthy folks from the state. However, studies show that that’s just not the case. As those 103 billionaire residents of New York City can tell you, there’s a lot more that goes into consideration of where to live than just a tax bill. I certainly won’t leave if my own tax bill goes up, and I can’t think of a single one of my wealthy peers (except the one who already moved to Mar-a-Lago) that would either.

It would be a colossal mistake to diminish our state and our quality of life in order to cater to the few billionaires who threaten to leave if we ever raise their taxes. If we want to set New York up for success, we need the state’s billionaires to pay their fair share.

Pearl, a former managing director of BlackRock, is chair of Patriotic Millionaires.

Patriotic Millionaires · 9 hours ago
@PatrioticMills
President Biden is right. We know it, everyone at home knows it, even the rich who want to get away with it know it: The tax system is not fair.

We can do all that and more!
#sotu2023
View on Twitter
4
10
Patriotic Millionaires · 9 hours ago
@PatrioticMills
A defender of the rich and powerful to the bitter end https://t.co/YoVt9A3qnX
View on Twitter
Taylor Seely@taylorseely95
“Senator Sinema, who as a Democrat blocked her party’s efforts to raise taxes on corporate America, did not join Democrats in resounding applause for Biden’s push to raise taxes on the wealthy and large companies.” via @NYTimes https://t.co/XiuIri4NPF
2
14
Patriotic Millionaires · 9 hours ago
@PatrioticMills
. @POTUS has got it right - giving American workers a living wage increases productivity and economic growth.