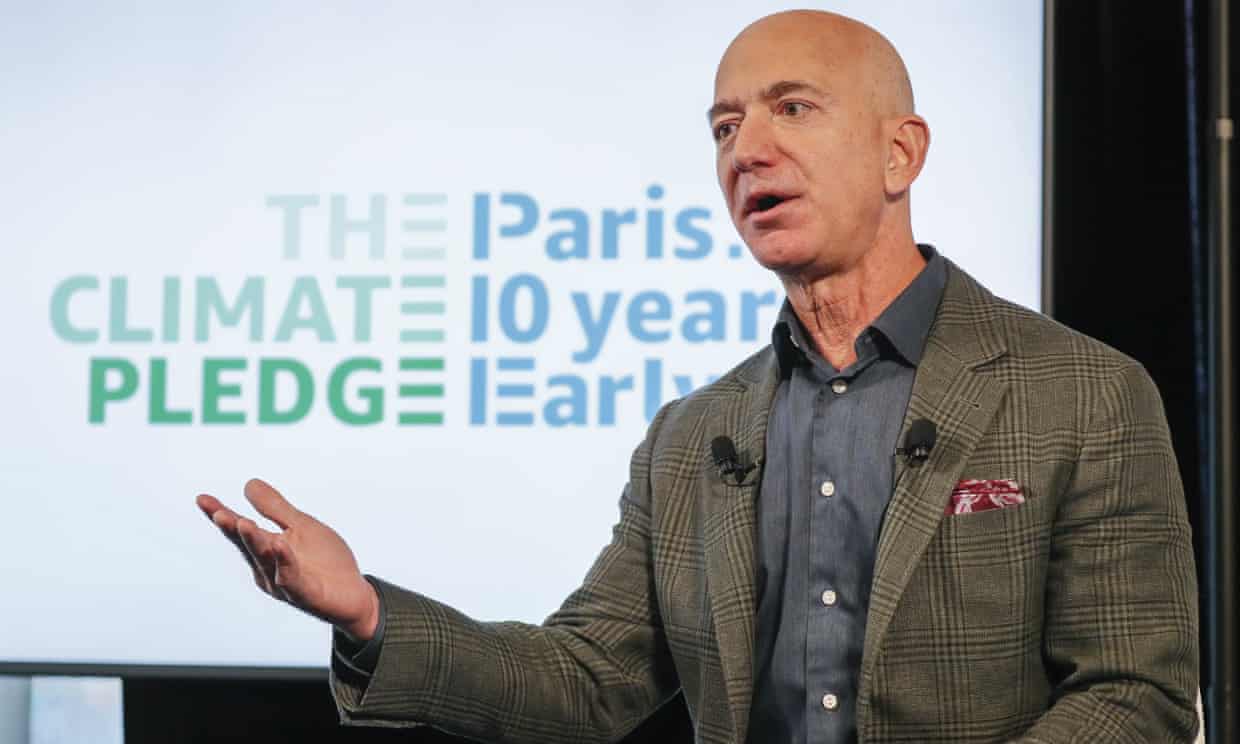 By Guy Saperstein
Originally published in The Guardian on March 9, 2020.

In the wake of the devastating Australian bushfires, Jeff Bezos announced last month that he will donate $10bn to fight the climate crisis. As a resident of California and the former president of the Sierra Club Foundation, I welcome any contribution toward the struggle against our changing climate. That said, my home state, like all communities with Amazon facilities, would be far better off if Bezos simply paid his taxes.

If Amazon’s properties in California were taxed at their current value, the added tax could help bolster our underfunded firefighters and fix our crumbling fire access roads. Contributing vast sums to the global effort is wonderful, but climate change is a local issue too. Our communities need to be well-funded if we’re going to face this threat head-on.

How California fights climate disruption will be a model for states and local governments nationwide, and if this effort fails in California, I worry what others will be able to accomplish.

With a rapidly changing climate and underfunded emergency response systems, California residents could soon face another situation like the devastating 2018 wildfires. California’s formerly annual fire season has become a year-round phenomenon; the fires are now larger, hotter and burn longer than ever before. To combat the growing destructive power of these fires, we need a robust and well-equipped emergency response system. That requires raising more revenue.

The commercial loophole in Proposition 13, which allows many corporations in California to avoid paying significant amounts of property taxes, unintentionally depleted the funding our communities now desperately need. As a result, our emergency response systems have suffered. According to the California Professional Firefighters, the number of unfulfilled requests for resources and equipment has grown over the past few years despite those resources being needed more urgently than ever. Worse, the Trump administration has promised to cut millions of dollars from the US Forest Service’s firefighting services, with additional cuts to funding for local volunteer firefighting departments.

As a result of these shortfalls, firefighters across the state have been forced to appeal to voters to raise taxes to secure consistent funding. That’s a shame. Our public emergency services shouldn’t have to beg for the funding that they need to operate in the largest and most prosperous state in the country.

However, there is a simple solution to this issue.

Schools and Communities First is a ballot measure for the upcoming 2020 election that seeks to level the playing field by taxing commercial and industrial properties at a fair market value, rather than the decreased value they now use as a result of longstanding loopholes in the state tax code. It is estimated to reclaim $12bn every year, with 60% of that total going toward local governments, including local fire districts. Since the initiative has a clause to exclude small businesses, we can be sure that funding for our neglected public services will come only from wealthy businesses who are currently avoiding paying their fair share.

Under the current tax loophole, large industries that have held their land for a long period receive an unfair advantage because their property is undertaxed compared to its current day value. For example, according to an analysis by the Proposition 13 campaign, Chevron underpays up to $100m every year on their Kern county holdings. In Chevron’s case, that same property leaked over 82m gallons of crude oil intermittently since 2003; the company recently sealed up a disastrous 800,000-gallon leak. It makes no sense for us to continue to supply reckless corporations like Chevron with financial incentives for their dirty practices while our firefighters receive pennies.

That $100m could be going toward struggling local fire departments, not to mention fixing dilapidated roads and cracked sidewalks and reducing overcrowded classrooms. This tax loophole robs Californians of well-funded community services by taking money from our localities and giving it to wealthy corporations in the form of a tax break.

This coming election I urge all Californians to support the Schools and Communities First Act. For that matter, I urge all voters in all states to consider measures that will aid the fight against climate change. All Americans deserve the comfort of knowing that our emergency services are adequately funded to deal with every possible climate disaster.

This future is possible when wealthy corporations like Amazon pay their fair share by reinvesting in the communities that support them, not receiving tax incentives to continue their avaricious practices at the expense of local services.

Read the full piece on The Guardian.

Patriotic Millionaires · 18 hours ago
@PatrioticMills
Families will now have to choose between buying gas or putting food on the table.

Because our federal minimum wage has remained stagnant at $7.25 for 13 YEARS.

https://t.co/Hiv1YFtkqh
View on Twitter
2
6
Patriotic Millionaires · 20 hours ago
@PatrioticMills
About knew about their affected product long before this shortage hit, and what exactly did they do? Increased shareholder stock buybacks amid significant profits.

https://t.co/SIoUIaKBmg
View on Twitter
6
12
Patriotic Millionaires · 22 hours ago
@PatrioticMills
History at a turning point, @WEF? You can say that again!!

If we don't face the consequences of a rapidly increasing wealth divide, poverty will overwhelm our world

We must #TaxtheRich, or else power & money will indeed turn to corruption & chaos