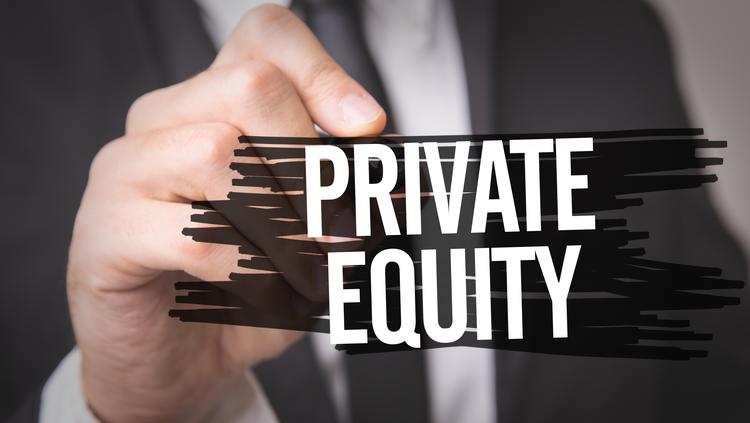 By Andy Medici
Originally published in the San Francisco Business Times on April 10, 2020.

The Small Business Administration’s $349 billion Paycheck Protection Program is the biggest lending program the agency has ever implemented — and its rollout excluded many private equity- and venture-backed businesses.

But as private equity groups seek to have SBA rules loosened to let in their portfolio companies, others have squared off against the effort, leading to a public fight over who gets — and who deserves — hundreds of billions of dollars in federal funding.

For some, it’s a zero-sum calculation.

“Every taxpayer dollar that is used to pay out a PE company is not available to bail out a legitimate, mainstream company,” said Dennis Kelleher, CEO of Better Markets, a D.C.-based Wall Street-reform group. “The taxpayer and the [Federal Reserve] should not bail them out of their losing corporate gambles.”

Kelleher described the private equity model as taking on high amounts of debt and maintaining companies on the verge of bankruptcy or failure during a downturn, versus once-healthy small businesses now suffering through the pandemic through no fault of their own.

“It would be the ultimate privatizing gains and socializing losses, because those losses were coming to PE anyways,” Kelleher said. “They were not, in any classic sense, viable businesses based on a reasonable business model.”

But private equity industry advocates say they are only looking to receive the same help other companies are — and to keep employees on the payroll through the coronavirus pandemic.

Private-equity backed companies such as Peet’s Coffee, &pizza or Cava Group are just as much a part of the communities they serve as other small businesses, said Drew Maloney, president of the D.C.-based American Investment Council, an association of some of the nation’s largest private equity firms. His group counts about 12,000 companies backed by private equity and about 13,000 backed by venture capital.

“We’re not asking for any special treatment in the CARES Act. What we’ve highlighted is these employees are suffering just as much as other employees on Main Streets across America,” Maloney said. “The virus is not discriminating against businesses based on ownership structures.”

At issue is an existing SBA rule limiting participation in its programs to companies with fewer than 500 employees. The SBA counts the many companies or brands collectively owned by private equity firms toward that limit. However some exemptions have been made for the hospitality industry, enabling thousands of restaurants and hotels to participate in the SBA’s coronavirus stimulus programs.

Maloney is joined by others who have been asking the SBA and Congress to relax the so-called “affiliation rule” that counts private equity-backed companies collectively toward that SBA limit. That support has come from the likes of the U.S. Chamber of Commerce, the National Independent Automobile Dealers Association and the Biotechnology Innovation Organization, among others.

The groups wrote in favor of waiving the affiliation rule in an April 10 letter to Treasury Secretary Steven Mnuchin, SBA Administrator Jovita Carranza and Jerome Powell, chairman of the Board of Governors of the Federal Reserve.

“We strongly urge you to quickly provide additional guidance around affiliation rules under the Paycheck Protection Program to allow small businesses supported by venture capital, angel capital and private equity firm investors to access critical funding that would help retain workers and jobs during the economic fallout of this health crisis,” the groups wrote in the letter.

Some prominent Democratic members of Congress have also asked the SBA to relax the rule.
House Speaker Nancy Pelosi, D-Calif., and Rep. Ro Khanna, D-Calif., sent a joint letter March 31 to Carranza and Mnuchin, stating “startups are the engine of America’s innovation economy” and that high-tech hubs around the country with a largely venture-backed startup ecosystem will be in need of PPP financing to survive.

And yet, a growing coalition of groups continues to push back on these efforts by the private equity and venture industries, including the Main Street Alliance, Patriotic Millionaires, Take On Wall Street, the AFL-CIO and the American Federation of Teachers. They have signed their own joint letter urging lawmakers not to open up the PPP and other funding programs to private equity groups.

“Congress needs to resist calls from private equity executives to gain access to pandemic-related bailout programs. Private equity-owned firms are not comparable to ordinary small businesses, who cannot draw on deep-pocketed Wall Street owners who could support them if they chose to do so,” the groups wrote in the letter.

Some stress the need to stick with the “affiliation rule” as lawmakers spar over future stimulus packages.

“Everything is in flux right now,” said Bart Naylor, a financial policy advocate for Public Citizen, a progressive consumer rights advocacy group based in D.C. “They’ve got more lobbyists than we have got.”

“I don’t see an end game for them,” Naylor said. “I see them constantly thrusting a hand into the cookie jar.”

Read the full piece at the San Francisco Business Times.

This is a mistake. - Raising interest rates just hurts ordinary people when we should be going after price-gouging corporations using inflation to pump up their own profits. https://t.co/5RGS8YpIkU
View on Twitter
Ben Casselman@bencasselman
As expected, the Federal Reserve raised interest rates by a quarter percentage point, their smallest increase since March.
Press release: https://t.co/7VpThNBm9k
Full coverage: https://t.co/BMB9xnMu2d
10
32
Patriotic Millionaires · 5 hours ago
@PatrioticMills
Black Americans are 3x more likely to be audited by the IRS- even accounting for the types of returns they file

Any wonder the GOP wants to cut IRS funding?
https://t.co/RSQJGpRRNx
View on Twitter
4
9
Patriotic Millionaires · 7 hours ago
@PatrioticMills
To be clear: there’s nothing to “discuss” when it comes to the debt ceiling. It has to be raised.

Today, Biden should stand up to GOP bullies & not allow them to hold the entire global economy hostage in their pursuit of destroying the social safety net.
https://t.co/eN9oWX3agR
View on Twitter
30
136