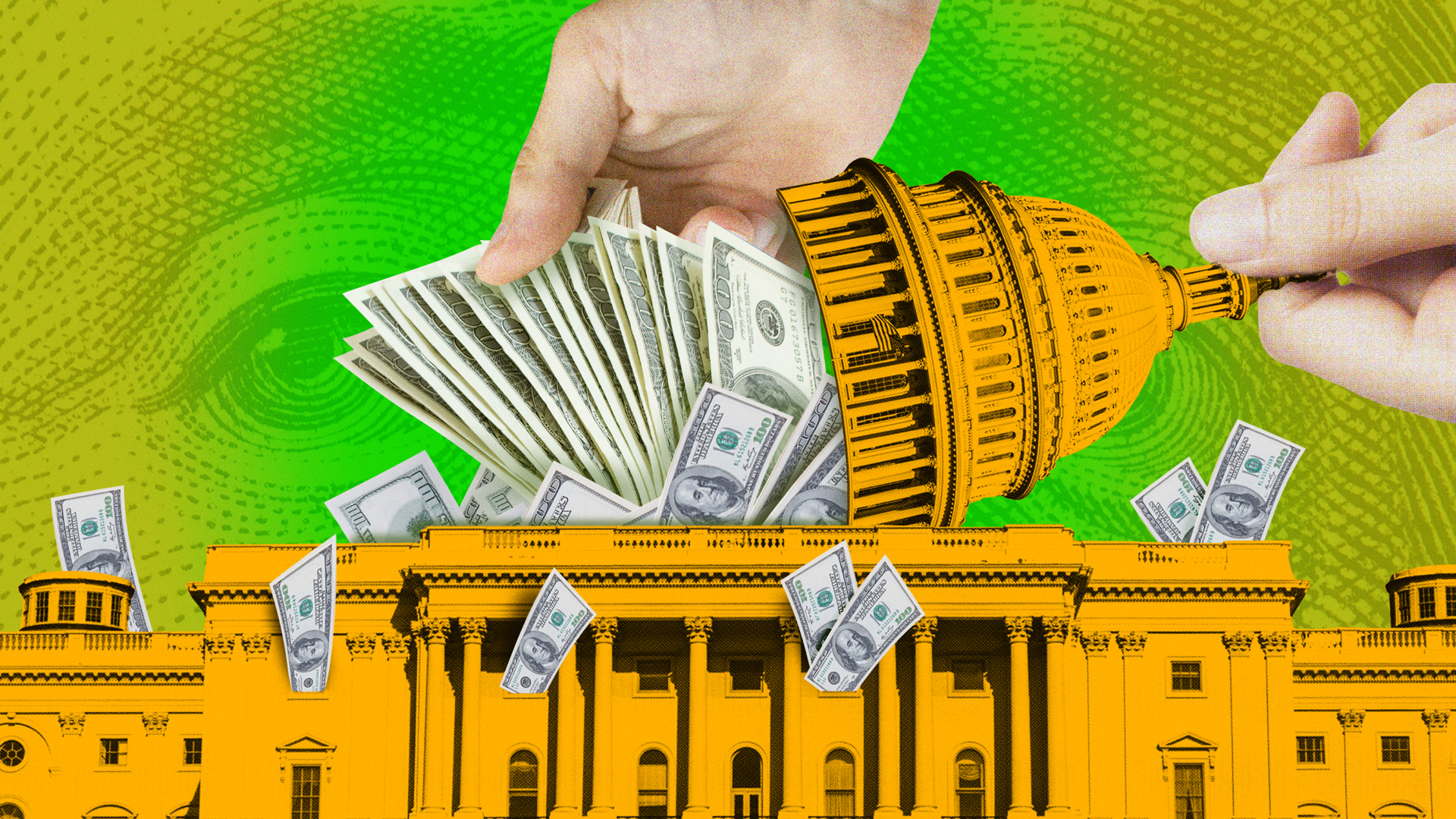 By Harry Cheadle
Originally posted on Vice on February 28, 2020.

What a time to be in the 1 percent. On one hand, you’re regarded by pretty much everyone as the villains presiding over our fractured and unequal society. On the other, being wealthy by definition insulates you from public opinion—rich people can live in expensive condo buildings and gated communities, travel between conferences and resorts in first class or on private jets, and never say a word to a poor person who doesn’t work for them. They’re despised, they’re powerful, and they’re mostly invisible when they want to be.

So we’re engaging millionaires and billionaires in conversation. Are they scared about the future? Do they think they bear some responsibility for how much the whole world seems to hate them? What did they eat for breakfast?

Today, we’re talking to Morris Pearl. The son of a family of clothing store owners, he was never poor but became fantastically, ridiculously rich thanks to a long career on Wall Street that culminated in a stint as a managing director at BlackRock, the world’s largest asset management company. After he retired in the early 2000s, he became a major Democratic donor and now chairs the Patriotic Millionaires, a group of wealthy progressives who have pushed for policies like higher taxes on the rich, i.e. themselves.

VICE: Was there a moment when you realized that you had become rich?
Morris Pearl: You know, I always felt that way, my whole life. I always felt like I didn’t have to worry about things.

It sounds like you have more money now than you did growing up.
That’s true. I remember I was in college I was working part-time jobs wearing like jeans and a sweater; some other people would wear suits and ties some of the time. And then at the end of the work day, a lot of people would put on casual clothes and I might be putting on a jacket and tie to go to a fancy restaurant. I still remember one day when I had a date and I was talking to somebody about where a nice place to eat would be. And I just called this restaurant to make a reservation and I asked for a table in [a particular] room. [My coworker] said, you think the whole world is arranged for your benefit, don’t you? Yeah, sometimes. Maybe it’s just in my psyche or something, but I never felt worried about things. My father-in-law used to say the purpose of having money is to not have to think about money.

How did you start getting into progressive politics?
In 2003 or 2004, I heard Howard Dean speak about running for president. And I was just impressed with the guy, along with my wife. We were unhappy about president Bush and the war and she was really upset about the hanging chads and the unfairness of the [2000] election and things like that. So she got involved and I got involved in the Howard Dean campaign. And she wanted to go to the [Democratic National] convention, which was in Boston that year.

A few phone calls later and a few tens of thousands of dollars later, we were ensconced at the Four Seasons hotel and playing pool with Ben Affleck and sitting in the upper deck when the funny looking guy from Chicago gave his purple states speech. And since then we got on everybody’s list, and shortly thereafter became friends with the chocolate-loving grandmother from California who had this delusion of becoming Speaker of the House (Nancy Pelosi). We’ve been involved in politics ever since.

There are a lot of major Democratic donors, but not many of them go out and say that they want to be taxed more.
It’s not that I say Please tax me in particular. I want the system to be more fair. I believe the current tax system promotes more inequality, and that’s not good for me. It’s not that I’m a complete altruist: I want what I want just as much as any guy wants what he wants. Just what I want is for my sons and my granddaughter to grow up with the kind of opportunities that I grew up with, and I’m afraid the United States is going in the wrong direction and they won’t have those opportunities. I’m afraid we’re going to end up with a system that’s so unequal it’ll be like South Africa in the 1980s, which did not end well for the rich people, as you may recall.

When you say your son and your granddaughter, are you speaking figuratively? Because it seems like they would be the beneficiaries of some of this inequality and unfairness in the system.
Well yes, that is true. Everyone’s friends and grandchildren. I’m wealthy, but how much good that is going to do my grandchildren 20, 30, 50 years from now, who knows.

Do you worry about an actual revolution or some upheaval that changes the structure of society?
I’m worried about ending up a society with such extreme inequality that it won’t be possible to make money for most people. My father and family, they were able to make money and do well because they lived in a town with lots of people who had enough money to buy, you know, a set of fancy bridesmaids dresses. I make money because I invest in companies like Apple that get money because millions of people pay these iTunes bills every month. I think a lot of rich people don’t look at the big picture and don’t see that they’re really dependent on the rest of society doing well for them to do well.

There has been a really strong anti-rich flavor to the 2020 campaign—Elizabeth Warren selling mugs that are labeled “billionaire tears” and so on. There’s an idea that what is bad for the wealthy is good for society.
I wouldn’t put it that way and I don’t agree with all of Senator Warren’s rhetoric. Even her proposals—a single-digit wealth tax, only for people who are already billionaires—Michael Bloomberg would still be extraordinarily wealthy even if that were passed into law. I see [her plan] as leveling things a little bit, which I think is fine. And secondly, just the fact that because I’m a political donor—I think I’m in the top couple hundred list of Democratic donors, you know, I’ve met most of the people running for president. And it’s not that I’ve asked them to do some particular thing or that they’re soliciting bribes or something, but they take time to listen to me. That’s what I see as part of the problem—not that politicians take bribes or people are buying politicians or anything like that. But I do see that wealthy people have much more access to our political leaders than regular people.

You’ve met people who are running for president, you’ve played pool with Ben Affleck. How else does your life differ from that of a middle-class person?
I don’t worry about money, you know, I’m thinking about it sometimes when I manage my investments, but it’s not something I need to worry about. I can do whatever I feel like doing. I don’t have to work for a living. Because I spend a few hundred thousand dollars on a campaign cycle, I don’t have to go stand in line in front of the Supreme Court building to get a tour of the Capitol. I just make an appointment and someone will send some young staffers out to meet me in the park and escort us inside and give us a tour whenever we want. If I feel like talking to our political leaders—I mean, a lot of congresspeople call me and request meetings. I don’t need to call their office and tell the staffers what I want.

What else do you spend money on?
I go biking around the city. I live in a fancy apartment on Park Avenue. Other than that, I don’t really spend a lot of money on things. I travel around a little. I don’t honestly have too many terribly expensive habits. I’ve never owned a car. I don’t have a second home.

How much money do you have?
I’m not sure exactly how much money I have. I have an investment portfolio that will hopefully support my lifestyle for the foreseeable future. My expenses are, I don’t know, middle six figures per year. Some of that is political and charitable giving.

We’ve talked about how the system is unequal, and how your family has more than they would under an equal system. Do you feel any guilt about that?
No, I don’t feel like I did anything wrong. I’m just answering honestly. No, I don’t feel guilty about it.

Read the full piece on Vice.

We can do all that and more!
#sotu2023
View on Twitter
4
10
Patriotic Millionaires · 8 hours ago
@PatrioticMills
A defender of the rich and powerful to the bitter end https://t.co/YoVt9A3qnX
View on Twitter
Taylor Seely@taylorseely95
“Senator Sinema, who as a Democrat blocked her party’s efforts to raise taxes on corporate America, did not join Democrats in resounding applause for Biden’s push to raise taxes on the wealthy and large companies.” via @NYTimes https://t.co/XiuIri4NPF
2
14
Patriotic Millionaires · 8 hours ago
@PatrioticMills
. @POTUS has got it right - giving American workers a living wage increases productivity and economic growth.