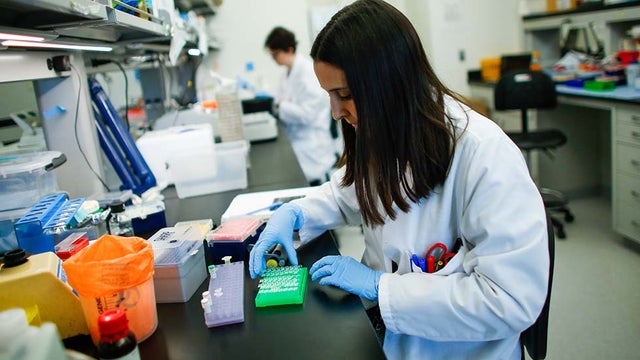 By Morris Pearl
Originally published on The Hill on March 7, 2020.

As the first confirmed cases of the dangerous new flu strain, COVID-19, hit U.S. shores last week, stock markets plummeted in anticipation of global trade slowdowns and production disruptions as a result of the virus. In response, the Trump administration publicly floated the idea of new tax cuts to try and keep the economy afloat amid investor concerns.

Speaking as an investor myself, this is a foolish idea at best. At worst, it’s a dangerous handout to the wealthy at the direct expense of our country’s public health.

The novel coronavirus has spooked markets because investors are afraid that the disease’s spread will force countries to limit travel and shipping and enact quarantines that keep people from going to work or shopping. That is absolutely a concern for the American economy. The Republican theory is that this problem (like all other problems) can be solved by giving another tax cut to rich investors (to spur a wave of new investment into jobs and innovation). The problem is that this theory – trickle down economics, in essence – has no evidence to support it.

Wealthy folks like me have already gotten huge tax windfalls for the past two years, thanks to the 2017 Trump tax cuts. The lion’s share of that $1.9 trillion tax cut went to me and my peers in the top 1 percent. While that’s led to record-setting stock buybacks, sky-high CEO payouts, and massive corporate profits, the vast majority of Americans aren’t sharing in those benefits. Investors now have so much money, they supposedly don’t even know how to spend it. As a result, that money has largely stayed at the very top.

So why would another tax cut help spark a new flood of investment and growth amid a public health crisis, when the largest tax overhaul in decades couldn’t even achieve that without one?

We don’t need another tax cut. What we clearly do need is investment in our public health services to stop the spread of COVID-19, so that we can save lives and get our economy back on track as soon as possible.

Our public health services for dealing with pandemics include institutions like the Center for Disease Control and the National Institute of Health. Unfortunately, those institutions have been on the Trump administration’s annual budget chopping block for the past three years. Every year since he’s been in office, Trump has laid out massive cuts to public health services, using the justification that the government simply doesn’t have enough money to fully fund these programs. This, in spite of the fact that the government apparently has enough money to give out $1.9 trillion to people like me.

As a result of that underfunding, the CDC had to drastically reduce its international effort to monitor and stop the spread of infectious diseases abroad, an effort that was prompted by the 2014-16 Ebola outbreak. The CDC ended that program in 39 countries, including China, where the COVID-19 outbreak originated.

Now, as reports steadily leak out about how grossly unprepared our national health authorities are in the face of coronavirus, I am baffled that the Trump administration wants to further compound the crisis by slashing that critical health spending even further – just to give out a little more money to us rich folks.

If we want to keep our economy thriving, then investors like me need to have a healthy country to invest in. We need healthy workers, healthy consumers, and we need Americans to know that even when an outbreak happens, we have sufficient public health measures in place to be able to contain it. We need assurances that our economy won’t go into a tailspin, harming even those among us who will never get sick. Right now, we do not have that peace of mind. All we have is a proposal to put a few more unnecessary dollars in my pocket and do nothing to actually solve the problem.

Read the full piece on The Hill.

Patriotic Millionaires · 4 hours ago
@PatrioticMills
"Under no circumstances, should Republicans vote to cut a single penny from Medicare or Social Security."

https://t.co/MGpvPLcgcQ
View on Twitter
6
18
Patriotic Millionaires · 6 hours ago
@PatrioticMills
Congress should raise the debt ceiling without cuts to Medicare or Social Security, but if they don’t, Biden can’t just let our economy implode.

The answer might be minting the trillion-dollar coin. If it is, let's make sure it's a really, REALLY big coin.
View on Twitter
4
11
Patriotic Millionaires · 8 hours ago
@PatrioticMills
The US has a long history of exploiting laborers, and legalized poverty wages are just a current manifestation of that.