Hello Friends of the Patriotic Millionaires,

We wanted to take a minute to highlight just one of our many wonderful Patriotic Millionaires, the renowned TV writer and producer Norman Lear.

Today a new documentary, Norman Lear: Just Another Version of You, about the life and times – and genius – of this great man is released.

Norman shaped television during the 1970s by bringing the topics of war, poverty, and prejudice to millions of homes across the nation every week. He crafted shows such as All in the Family, The Jeffersons, Maude, and Good Times – shows that approached social and political issues with heart and humor.

We are excited to work with IMPACT Arts and Film Fund to feature the new documentary, Norman Lear: Just Another Version of You at the Democratic National Convention as part of the Artists Making an IMPACT series.

The film is released today, and we highly recommend that you go see it. To watch a trailer, please click the photo below: 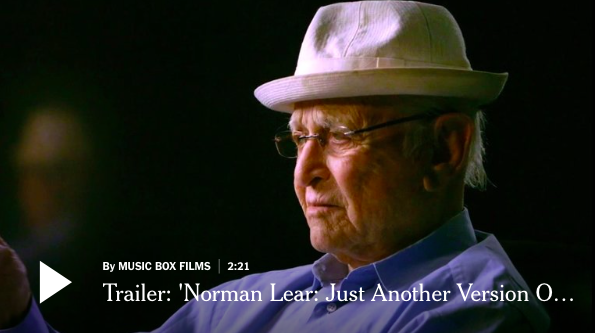 The New York Times says there “are lessons to be gleaned about creativity and longevity” from the film.

We know you will enjoy the film as much as we did. Thank you for your continued support.

Thank you,
– The Patriotic Millionaires

Patriotic Millionaires · 15 hours ago
@PatrioticMills
Republicans shouldn’t be debating who we should pay first if we breach the debt limit.

There’s no Plan B. There’s nothing to debate. We need to raise the debt ceiling to avoid ruining the entire global economy.
https://t.co/QfDtkL4Lu8
View on Twitter
5
6
Patriotic Millionaires · 15 hours ago
@PatrioticMills
Meta, just a few months after laying off over 11,000 of their employees, announced $40 billion in stock buybacks.