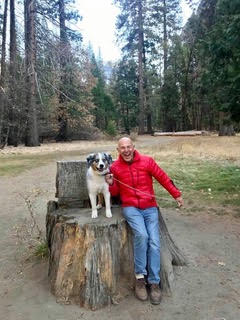 I’ve been very fortunate throughout my life and it has led me to great success and prosperity.  I joined the PATRIOTIC MILLIONAIRES because I believe that everyone should have the same chance I had to live a fortunate life.

I was born and raised in California. And that good fortune allowed me to attend superior public schools and be exposed to a wide spectrum of cultural and recreational experiences. I grew up living the idyllic California lifestyle: listening to blues and jazz while playing football and surfing.

My father and grandfather had a chain of toy stores. I was fortunate enough to work with them.  (Although, as a teenager this didn’t seem like good fortune.) I absorbed their work habits and values.  “Keep your commitments. Never lose your cool with a customer. Balance the books every day. Set reasonable objectives and work hard to accomplish them…” Their lessons still impact my work ethic today.

I was fortunate to attend Stanford University where I acquired two important skills:  the ability to focus and solve a problem, and the ability to write an acceptable essay on demand.

After I graduated from Stanford (1962), I was fortunate enough to find my way into the burgeoning computer industry (1964).  I began writing business application software and, after a relatively short period of time, became part of a team developing an operating system for an innovative new computer. After a few years, I began managing software development groups.  Over time I worked my way up the Silicon Valley food chain until I became a Director at IBM.  From there I was recruited to become the first VP of Engineering for Cisco Systems.

In parallel, I was fortunate enough to develop a strong ethical system. In 1966 I became part of the anti-war movement and became involved with the Religious Society of Friends (Quakers).  Over the past 54 years, I have accepted the four historic Friends “testimonies” of Peace, Equality, Community, and Simplicity.  It’s the equality testimony that led me to join Patriotic Millionaires.

Sadly, in our country today the likelihood for someone to live a fortunate life has become increasingly uncommon. The wealthy few have the ability to use their capital to influence the design of our tax code to tip the scales in their favor to increase their own profits at the expense of working people. There is nothing just about a system that hoards wealth and opportunity to a small number of elites.

Quakers believe that all people are equal in the eyes of God and deserve equal treatment, historically this has led Friends to promote gender and racial equality. We’ve also spoken out against the various forms of economic inequality. Simply stated, I believe that capitalism has gone too far in the United States and has promoted economic injustice that undermines democracy. I stand for fair wages, fair taxes, and removing the influence of big money from politics.

I believe one cannot live a fortunate life if the scales are rigged against you. That’s why I believe organizations like the Patriotic Millionaires are essential to leveling the economic scales and giving every American a chance at prosperity.

Patriotic Millionaires · 12 hours ago
@PatrioticMills
Republicans shouldn’t be debating who we should pay first if we breach the debt limit.

There’s no Plan B. There’s nothing to debate. We need to raise the debt ceiling to avoid ruining the entire global economy.
https://t.co/QfDtkL4Lu8
View on Twitter
5
5
Patriotic Millionaires · 12 hours ago
@PatrioticMills
Meta, just a few months after laying off over 11,000 of their employees, announced $40 billion in stock buybacks.