Last Wednesday, Peter Coy of the New York Times released an opinion piece in which he argues that so-called “benefits cliffs” in the US discourage low-income workers from taking higher-paid work. To explain the “benefits cliff,” he gives an example of a fictitious 25-year-old single mother, Lei, with two children. Lei has a full-time job, but because it pays her less than she and her … END_OF_DOCUMENT_TOKEN_TO_BE_REPLACED

Democrats in Congress are close to finalizing a deal on the Biden Build Back Better Agenda, and they’re considering including one of the most significant tax changes in decades – the Billionaires Income Tax – in their reconciliation bill. This tax, also known as mark-to-market, would target only about 700 billionaires (forget the top 1%, this is the top 0.0002%), and force them to start … END_OF_DOCUMENT_TOKEN_TO_BE_REPLACED

Things are getting interesting in Washington, where Democrats are considering including one of the most significant tax changes in decades – a Billionaires Income Tax – in their budget reconciliation bill. This Billionaires Income Tax, also known as mark-to-market, would mark a historic change in the way that the ultra-wealthy are taxed. It targets only the absolute richest Americans, about 700 billionaires (forget the top … END_OF_DOCUMENT_TOKEN_TO_BE_REPLACED

With Democrats preparing to pass a reconciliation bill that will spend up to $3.5 trillion on investments and aid for American families, the next few months are going to be full of debate about how to pay for this new spending. One of the changes proposed by the Biden administration is eliminating the stepped-up basis, an egregious loophole that allows the rich to pass down … END_OF_DOCUMENT_TOKEN_TO_BE_REPLACED

Republicans are making the disastrous decision to politicize raising the debt ceiling— YET AGAIN. The debt ceiling, which is the legal limit on the amount of debt the U.S. treasury sustains, or the actual amount the U.S government is permitted to borrow, is vital to the stability of our economy. Since Congress spends more than it collects in revenue, it must allow the Treasury Department … END_OF_DOCUMENT_TOKEN_TO_BE_REPLACED

Yesterday, Jeff Bezos went to space. In response, the Patriotic Millionaires released the following statement on the morning of launch day from one of our members, Stephen Prince: “Sixty years ago, we sent the first American into space, and the top income tax rate was 91%. Today, a billionaire launched himself into space after paying a true tax rate of less than 1% for years. … END_OF_DOCUMENT_TOKEN_TO_BE_REPLACED

Our history of space travel is a catalog of humanity’s greatest achievements. When the Soviets put a satellite in orbit, that was a first. Yuri Gagarin and Alan Shepard touched space 60 years ago, our first-ever star voyagers. NASA – a publicly funded agency staffed with the best and brightest American minds – put Buzz Aldrin and Neil Armstrong on the moon, and got them … END_OF_DOCUMENT_TOKEN_TO_BE_REPLACED

Although the framework of the bipartisan infrastructure plan has been largely agreed on by a group of both Democrats and Republicans, it was only a matter of time before the more extreme elements of the GOP tried to undermine the deal. And right on cue as the bipartisan working group is attempting to finalize the bill’s details, some conservative groups are now demanding that the … END_OF_DOCUMENT_TOKEN_TO_BE_REPLACED

The bipartisan infrastructure deal that Senate Democrats, Republicans, and President Joe Biden agreed on last week looks like it may already be in danger. With Democratic leadership promising to link the bipartisan bill to a larger reconciliation bill that includes more progressive priorities and tax hikes on the rich, and Republicans threatening to back out if Democrats pair the two bills together, there’s a lot … END_OF_DOCUMENT_TOKEN_TO_BE_REPLACED

President Ronald Reagan was a popular United States President. Upon leaving office, 63 percent of Americans overwhelmingly approved of the job he had done during his 8 years in office. His post-presidency popularity was solidified with efforts led by lobbyist and anti-tax activist Grover Norquist to convince local governments and private associations to name public spaces after Regan to preserve his legacy— particularly his tax … END_OF_DOCUMENT_TOKEN_TO_BE_REPLACED

As our country debates an overhaul of the nation’s tax code that would significantly raise rates on millionaires, billionaires, and wealthy corporations, the Patriotic Millionaires are launching an offensive against the people standing in the way. Selfish billionaires, Wall street tycoons, and CEOs are all fighting tooth and nail to protect their own special tax breaks at the expense of the American people.  Enough is … END_OF_DOCUMENT_TOKEN_TO_BE_REPLACED

Last week Governor Kemp made an appearance on Fox News to defend his state’s decision to reduce voting rights throughout Georgia while comparing his actions to my state of Colorado. While listening to Governor Kemp speak, I was disgusted although not surprised. Kemp’s spin was misleading, lacking real context and in areas, blatant lies. Equally important, Kemp and his conservative Georgia lawmakers seem to have … END_OF_DOCUMENT_TOKEN_TO_BE_REPLACED

There’s a saying among hikers that a group can only really move forward to reach a destination at the pace of the slowest. Unfortunately, when it comes to the march towards building a world in which everyone can thrive, the slowest among us are walking very, very slowly. We can see this all around us, as turmoil from hate and racism and environmental crises and … END_OF_DOCUMENT_TOKEN_TO_BE_REPLACED

Our democracy is under attack. As of today, more than 300 different pieces of voter suppression legislation have been introduced across the country. Just last week, in Georgia, the state that tipped the Senate for Democrats in January, Governor Brian Kemp signed a sweeping 98-page omnibus “election” bill (aka voter suppression bill), into law surrounded by white male legislators under a painting of a slave … END_OF_DOCUMENT_TOKEN_TO_BE_REPLACED

Being poor in America is expensive. The 16% of our population that lives in poverty faces a daily barrage of hidden fees, fines, and predatory interest rates almost perfectly designed to keep them trapped in poverty.  To be poor in America is far more difficult and complicated than it is often presented as. Things can quickly spin out of control when hidden costs start to … END_OF_DOCUMENT_TOKEN_TO_BE_REPLACED

In a major report this year, global anti-poverty charity Oxfam estimates that the poor could take over a decade to recover from the economic impact of the COVID-19 crisis. Meanwhile, their wealthier counterparts have already recovered – and then some – after just nine months of the pandemic. COVID undoubtedly played a role in expediting the increasing wage inequality in our country, with U.S. Billionaires … END_OF_DOCUMENT_TOKEN_TO_BE_REPLACED

I’m 53 and my wife and our two kids and I live in urban Denver. We are financially fortunate and thanks to two good incomes, decent investments, smart work and luck, we are what I call garden variety millionaires. My wife is an M.D. and I’m an MBA from a non-fancy non-top 25 school. I considered myself politically engaged and a proud and active member … END_OF_DOCUMENT_TOKEN_TO_BE_REPLACED

With their first full week in control of the House, Senate, and the Presidency underway, Congressional Democrats are prioritizing the For the People Act, a comprehensive set of reforms to end special interest control of Washington.. That’s cause to celebrate. In a recent 2020 poll of voters across party lines, a whopping 67% said they support the bill, including a majority of Republicans and independents. … END_OF_DOCUMENT_TOKEN_TO_BE_REPLACED

There’s a lot to celebrate about the new “American Rescue Plan,” the bold, ambitious stimulus package that President-elect Joe Biden rolled out on Thursday. First and foremost: the nation is finally set to enact a much-overdue $15 federal minimum wage! Workers have been denied fair compensation for decades. Despite growth in worker productivity, the federal minimum wage has been a measly $7.25 per hour since … END_OF_DOCUMENT_TOKEN_TO_BE_REPLACED

This past election a group of my friends and I hopped on a plane in the middle of a pandemic and flew to the battleground state of Georgia to become poll watchers. It’s no secret that our elections system is in desperate need of reform, but on election day I was able to witness firsthand how vastly different and challenging voting is in a traditionally … END_OF_DOCUMENT_TOKEN_TO_BE_REPLACED

Patriotic Millionaires · 2 hours ago
@PatrioticMills
. @SenateDems need to be ready to improve and pass the Build Back Better bill ASAP.

Relief must be provided to the American people. The tax code needs to be improved so that the rich finally pay their fair share. The people DESERVE to be invested in.

Don't just take it from us millionaires— leading economists agree it won't add to inflation, it will boost job growth and productivity. https://t.co/P5GUXjVBRV
View on Twitter 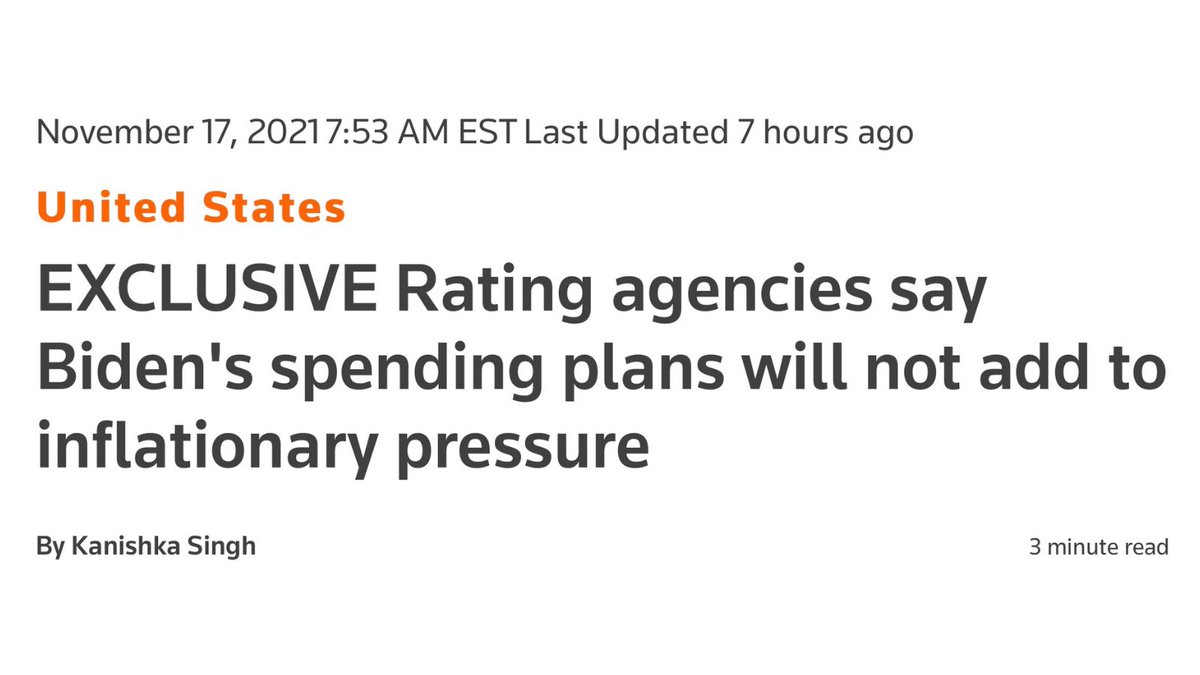 7
10
Patriotic Millionaires · 4 hours ago
@PatrioticMills
We agree to @RepGolden— Biden's #BuildBackBetter agenda can be funded by making the ultra-rich and corporations pay their fair share.

The Senate has an opportunity to unrig our tax code and ensure that we #TaxTheRich. https://t.co/xKBKjnbekH
View on Twitter
Congressman Jared Golden@RepGolden
This version of the Build Back Better Act is not the best deal for my constituents.

When the bill returns to the House, here are some of the changes for working people that could get me to a yes vote: